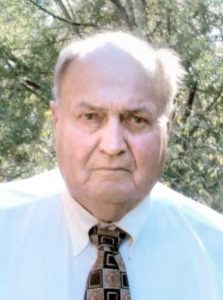 Troy was the son of T. Clyde Sr. and Agnes Watts of Taylorsville.

He graduated from Taylorsville High School then studied at Appalachian State University. His work career was with Broyhill Furniture and Clayton Marcus. He served our country in the US Army.

As a young man, he grew up on a farm so when his parents passed, he became a full-time farmer raising Black Angus Cows. Yearling calves were often shipped to several large out-of-state beef cattle farms. Troy became very active in the county and state Black Angus Association. He also enjoyed touring out of state farms to see and learn new farm equipment capabilities and new farm techniques.

His days were filled with farming from early mornings to late nights. Troy always enjoyed growing a big garden and selling and donating produce to family, neighbors, and friends. Farming was his passion, and that passion was a calling!

The funeral service will be a private family graveside service at Taylorsville City Cemetery at a later date. The service will be conducted by Rev. Craig Sigmon of Reformation Lutheran Church.

The family wishes to thank all the wonderful staff of Maple Leaf Health Care of Statesville, who cared for him.