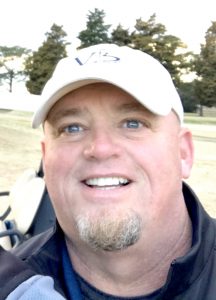 It is with extreme sadness that we announce the passing of Rodney Dwayne “Wayne” Stansel of Smithfield, Virginia. Just 54 years old, Wayne passed away unexpectedly on November 30, 2021, in his home. He loved his family and friends fiercely, leaving this world a warrior and a hero.

Wayne was born on April 26, 1967, in Taylorsville, to Carolyn Bruce Sain and the late Robert Lee Stansel. He graduated from Alexander Central High School in 1985 and initially worked as a roadie for a touring rock band.

Wayne eventually found his true calling by enlisting in the U.S. Navy and spent his first two years serving as a SEABEE (Naval Construction Battalion) in Puerto Rico. He then attended Basic Underwater Demolition/SEAL (BUD/s) training in Coronado, California, where he ultimately graduated as a member of BUD/s Class 165. He went on to become a Navy SEAL, served as a member of several East and West Coast SEAL Teams, as an instructor for both Naval Special Warfare Training Detachment and the Naval Special Warfare Center – BUD/s.

In 2010, after 24 years of distinguished and combat-decorated service, he honorably retired as a Senior Chief Petty Officer. After retiring from the Navy, Wayne settled in Smithfield, Virginia, with Pam, where he worked as a Senior Mission Planning Support Engineer for Nova Technologies supporting Naval Special Warfare Group in Virginia Beach, Virginia.

Wayne built custom motorcycles for his friends, family, and SEAL teammates, taught himself to play guitar, became the frontman for a rock band, owned and trained horses, drove semi-trucks, was fluent in Spanish, and even mastered solving the Rubik’s Cube in under sixty seconds.

He was preceded in death by his sister, Angela Pennell.

A graveside service with Military Honors will be held at Arlington National Cemetery on February 8, 2022, at 10:00 a.m. All attendees need to gather at the administration building parking lot by 9:30 a.m. A valid photo ID will be required.

Online condolences may be registered at www.littlesfuneralhome.com.