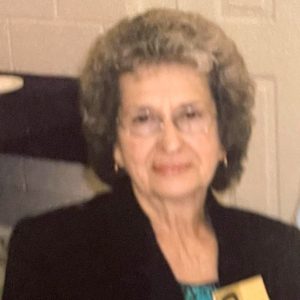 Jane Johnson Lackey, 82, of Taylorsville, passed away Thursday, December 2, 2021, at Hickory Falls in Caldwell County after an extended illness.

She was born on May 31, 1939, in Alexander County, to the late Charlie Butler Johnson and Vella Paige Johnson. Jane was of the Baptist faith and worked in furniture.

In addition to her parents, she was preceded in death by her husband of 52 years, Tommy D. Lackey; a son, Todd Jeffery Lackey; and three brothers.

Survivors include a son, Tommy Doyle and wife Tammy of Taylorsville; a daughter, Melinda Lackey Teague of Ellendale; seven grandchildren; and seven great-grandchildren.

A private service will be held at a later date.

Memorials may be given to Christian Crisis Center of Alexander County, 215 5th Ave SW, Taylorsville, NC 28681.

Chapman Funeral Home is proud to be serving the family of Jane Lackey.