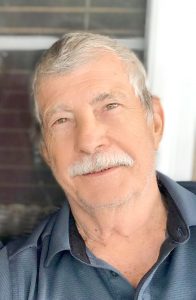 He worked for Gulf State for over 40 years and was a member of Purpose Church of Taylorsville. He loved to golf and play NASCAR racing simulator on the internet. He enjoyed hunting and fishing. He also enjoyed singing, especially on the WHKY TV Station in Hickory and also at the Senior Center.

Including his parents, he was preceded in death by his first wife who he was married to for 61 years, Dorothy Hall; a son, Billy Hall, Jr.; a grandchild, Latisha; seven sisters and brothers; and a son-in-law, Craig Warren.

The funeral service will be at 3 p.m., Thursday, December 9, 2021, at Adams Funeral Home Chapel. Rev. Todd Simerley will officiate. Burial will follow in the Taylorsville City Cemetery. The family will receive friends from 1:30 p.m. until 3 p.m. prior to the service.

Adams Funeral Home and Cremation Services is honored to be serving the family of Billy R. Hall.