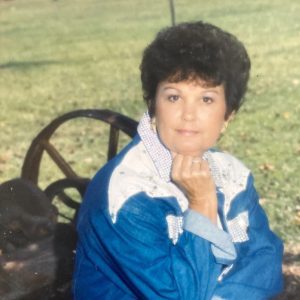 Diana Mae “Diane” Frye Hartness, 71, of Statesville, passed away at home on Tuesday, December 14, 2021, after an extended illness.

Diana was born June 23, 1950, in Iredell County, to the late Herbert Hoover Frye and Bertha May Queen Frye. She was a homemaker and a member of Friendly Chapel Baptist Church.

Funeral services will be conducted at Friendly Chapel Baptist Church, at 1:00 p.m., Saturday, December 18, 2021. Rev. Talmadge Hollar will officiate. The family will receive friends one hour prior to service, 12:00 p.m. – 1:00 p.m. Burial will follow in the church cemetery.

Chapman Funeral Home is proud to be serving the family of Diana Hartness.