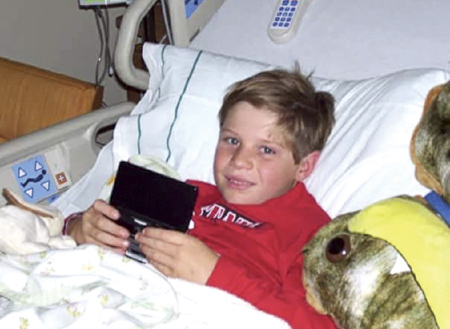 IN THE HOSPITAL — As a boy, Ryan Adams had an accident which nearly cost him his life.

When asked about the day his life changed, Ryan Adams said, “It was a slow day. Nothing exciting was happening. I wanted to ride the four-wheeler, but Dad said no. I had to wait for him to get back from the store.” His mother, Jenni, was inside preparing dinner and his brother, Dylan, was playing Wii in the living room. Ryan was playing outside in a tree on a swing he had fashioned for himself from a rope.

Ryan doesn’t remember much of what happened that day and had to be told about his accident. Some of the details are still unclear to him. Ryan loved to play outside and especially loved playing in a Bartlett pear tree next to the family’s home. When he climbed onto the tree limb to check the tightness of his swing, he slipped and fell. The rope swing caught Ryan around the neck. Ryan was literally hanging by his neck with the rope twisting and getting tighter when his father, Teddy Adams, returned from the store to find him.

Teddy jumped into action and did his best to perform CPR. In the moments that followed, Teddy called for Jenni’s help, who had been trained in CPR as a lifeguard, and screamed for his son Dylan to call 911.

The situation was dire. Jenni felt no pulse and Ryan wasn’t breathing. They heard the ambulance coming and Jenni began to feel a pulse as paramedics arrived, but Ryan still wasn’t catching his breath and remained unconscious. Jenni said she kept doing chest compressions until the paramedics took over. Both parents said it seemed like a very long time, but they estimate Ryan was without oxygen between 5-10 minutes.

Paramedics placed Ryan on a bag ventilator and transported him quickly to Iredell Memorial Hospital. He was sent on to Levine Children’s Hospital, a part of Carolina Medical Center. Ryan remained unconscious and intubated for one night, but began waking up the next day.

He spent twelve days in the hospital and doctors explained to his parents that he had suffered an anoxic brain injury, but the extent of the damage could not be known for quite some time. Ryan was a fourth grade student at Hiddenite Elementary. He had already been to the open house at Hiddenite and met his teachers for the school year.

Ryan remained in the hospital for 12 days, where he received speech therapy and assistance with walking. His hospital speech therapist recommended that he be homeschooled for the first part of the year, but after much discussion and prayer, Ryan’s parents felt that settling him back into a routine would be best. They felt he needed to be around his friends and be in a familiar setting to help him recover.

The only problem with Ryan returning to school full time was that his needs in the classroom had completely changed. Doctors told Ryan’s parents that his brain would “spike,” that it needed to reboot. For months, he dealt with hallucinations and issues with memory, sleeping, and speaking.

Teddy and Jenni began the journey of understanding Ryan’s injuries. They read and researched all that they could to decide what was best for him academically, physically, and socially. They shared their resources with the school. They saw a drop in his grades and were heartbroken to see their son struggling. They even had to deal with some bullying as other kids made fun of Ryan when he couldn’t get words out quickly in a conversation.

In April of 2009, Ryan was taken back to the hospital for neuropsych testing in many areas, such as balance, memory, comprehension, hand/eye coordination, and others. Alisha Cloer was his principal and accompanied Ryan to the testing in Charlotte, along with his mother. This speaks volumes about how hard the Hiddenite Elementary staff members were trying to give Ryan the very best academic setting. Rosanna Whisnant was the assistant principal at Hiddenite during this time and she said, “We all prayed for Ryan and did our best to help him through this difficult time.”

Ryan’s parents said the transition to middle school was tough. Not all kids knew Ryan or what he had been through. It was a new world for Ryan to navigate. He had always loved sports and continued to play baseball and football, but middle school sports were challenging for him. His parents said he never quite got a chance to show his true athletic abilities and he sometimes struggled to communicate his needs and frustrations.

Teddy and Jenni Adams learned to advocate for their son. They also pushed him to try new things and to go beyond what others thought he was capable of. They said the adjustment to high school was also rough. They sought help from the administration and found support, especially in Janel Lingle, who was an assistant principal at the high school at the time. She told Ryan she would be there for support when he needed it.

When Ryan was a sophomore, his family encouraged him to join the swim team. He talked to Coach Nikki Bost (Stevenson) and she encouraged him also. Ryan excelled at swimming and it was during this time that he became very interested in fitness. He started following Bar Brothers Calisthenics and began to pour into his own physical fitness. This was life-changing for Ryan. Although he still struggled with memory and oral communication, he became a stellar athlete. 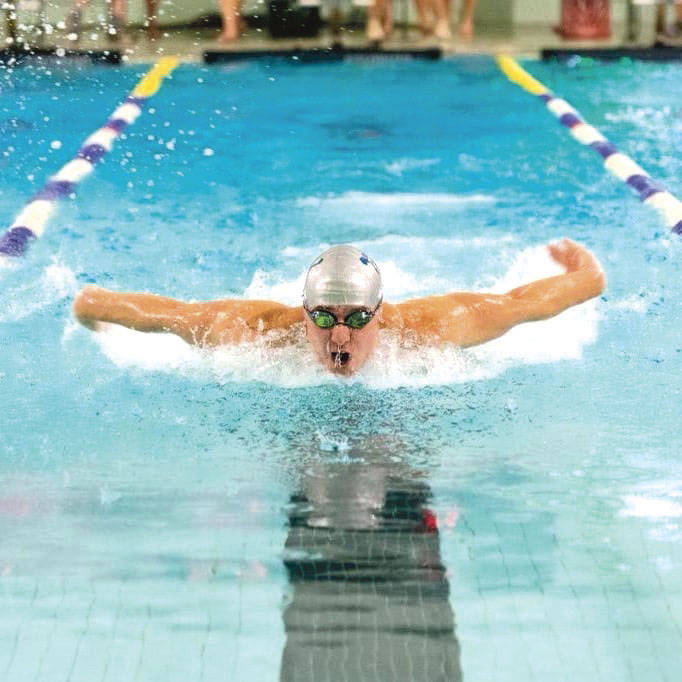 He was “Rookie of the Year” for his first swim season, earned the “Team Before Self” award his junior year and was MVP on the swim team when he was a senior. He also joined the track team where his physical fitness really paid off. He did well academically with modifications and speech therapy throughout high school. He made the honor roll every year and was a North Carolina Scholar. He was also part of the Alexander Central Chamber Choir.

When I asked Ryan about this time in his life, he said it seemed “normal.” He didn’t know any difference. His struggles became a way of life for him and thankfully he had parents who held him to high expectations and advocated for the modifications needed for his success.

He also told me he learned a type of muscle memory through physical activity. He used this muscle memory to help him with his concentration and communication. It took lots of extra focus for Ryan to simply communicate and to complete assignments. Neurological testing revealed that Ryan had a visual memory that was well above normal and he was working well above his potential based on basic IQ tests. The muscle memory work had paid off even with his cognitive skills.

Ryan graduated from Alexander Central High School in 2017 and chose to attend Mars Hill College. He swam all four years in college and said that his swim coach was like a father to him and the swim team became his family. He felt like quitting his sophomore year because it just seemed too difficult, but once again, his parents pushed and encouraged him to continue. His teammates and coach helped to make the tough times bearable.

Despite the academic challenges, the bullying, the confusion, the hardships and disappointments, Ryan graduated from Mars Hill College in 2021 with a degree in Health and Human Performance and a concentration in coaching. Most people would say that Ryan had done enough…that he could rest after struggling for so long in school. But Ryan’s parents pushed him yet again to pursue a Master’s Degree in education at Lenoir-Rhyne University in Hickory. He is projected to make the Dean’s List in his first semester. 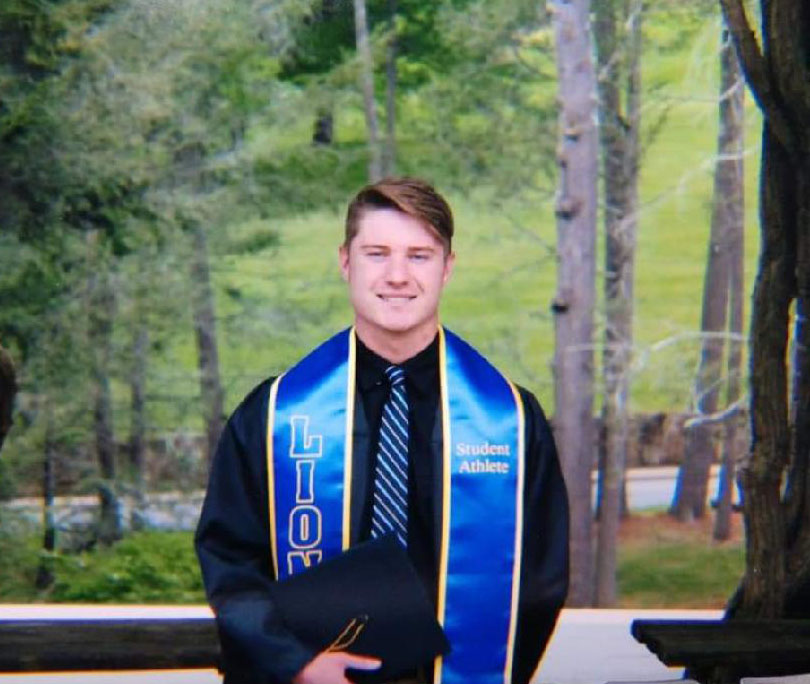 Despite the hardships and disappointments, Ryan Adams graduated from Mars Hill College in 2021 with a degree in Health and Human Performance and a concentration in Coaching.

In the meantime, Ryan was hired by Shuford Elementary as a teacher assistant in the Newton-Conover City School System and began working there in August of 2021.

Someone from his past noticed Ryan’s hard work and believed he would do well as a P.E. teacher if given the chance. Dr. Rosanna Whisnant, the current principal of North Newton Elementary School, remembered Ryan because she was his assistant principal at Hiddenite Elementary. She had watched him struggle, but had a belief in his work ethic. She took the lead in hiring him for his new role. She said that Ryan is settling into his new position and always “comes to work with a smile on his face because he’s so happy to be there.” She is willing to take the extra time to communicate with Ryan and to guide him in his first year of teaching because she believes in him.

Ryan has also been hired as the assistant swim coach at Newton-Conover High School and coaches TYDE swimming at the YMCA in Statesville. It should be noted that while Ryan was in high school and college, he also worked as a lifeguard and often worked more than one job at a time. He has taken on more than most individuals without disabilities ever will. He has overcome the hardships he was left with as a result of his injuries by going farther than maybe some people expected.

Ryan told me that his main goal is to “help all students succeed by giving them what they need.” He said “if they aren’t successful now, they don’t have a future.” He obviously knows that from experience. This young man has proven that perseverance, a hard work ethic, support from family, teachers, and coaches, and learning to advocate for your needs will help you to achieve your dreams. You might even exceed your own expectations just like Ryan has, with his team of supporters cheering him on the whole way! 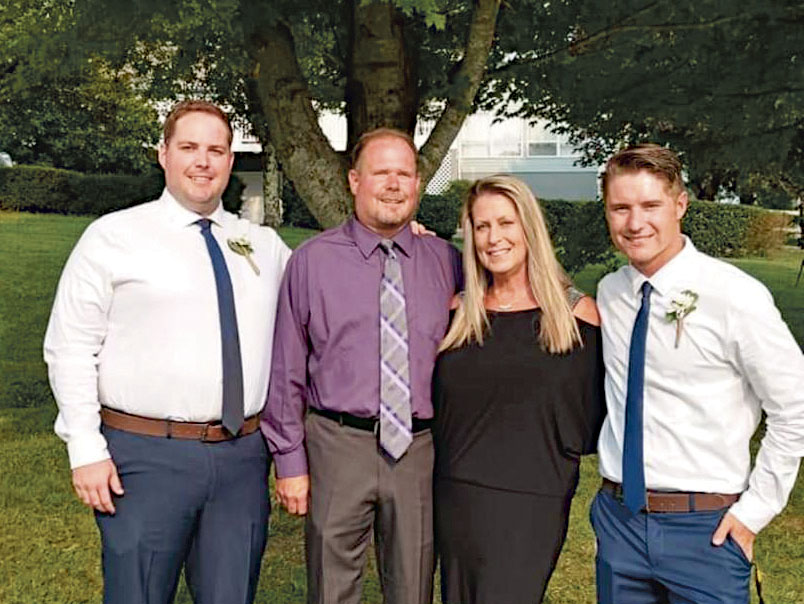