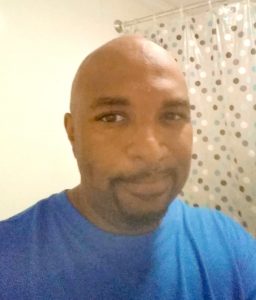 Rodney Scott, better known as “Hot Rod,” 50, of Taylorsville, passed away on Thursday, December 16, 2021, at Caldwell Hospital in Lenoir.

He was born January 9, 1971, in Alexander County, to Madia Poole Scott of Taylorsville and the late JC Scott, Sr.

He worked for Comm-Scope for many years and was of the Baptist faith. He enjoyed cars and spending time with his son and family.

In addition to his father, he was preceded in death by a sister, Kathy Barker.

Those left to cherish and honor his memory include his mother, Madia Jones and husband Joe of Taylorsville; his girlfriend, Poketa McHenry; his son, Jordan; his sisters, Diane Carlton (Robert) of Wilkesboro, Sandra Scott, and Kimberly Shufford (Robert) of Taylorsville; and his brothers, JC Scott, Jr. of Lenoir, James Poole of Taylorsville, and Bryan Scott (Amy) of Taylorsville. Rodney was loved and cherished by a host of nieces, nephews, cousins, and friends. He will forever be in our hearts and minds.

The funeral service will be held at 1 p.m., Thursday, December 23, 2021, at Adams Funeral Home Chapel. Burial will follow in the Macedonia Baptist Church Cemetery on Hwy 90 East of Taylorsville.

Adams Funeral Home and Cremation Services is honored to be serving the family of Rodney Scott.