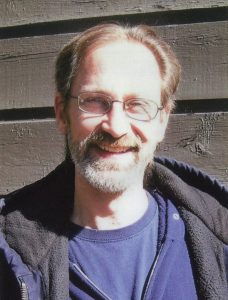 He was a graduate of Alexander Central High School, where he was an active member of the Cougar Band. One of Dan’s defining characteristics was best described by his senior superlative, “Most Versatile,” as he was extremely talented. Dan could pick up any musical instrument and play it, filling in wherever needed.

After graduation, Dan served his country by joining the U.S. Navy. When his tour, including a station in Italy, was complete, he returned home. Dan worked in the furniture industry and later trained as a skilled machinist. He continued to remain passionate about music and enjoyed his role as the sound technician at church.

Our family would like to express our sincere gratitude for the support we have received following Dan’s passing. He will be greatly missed by all who knew him.

A memorial service, for those who would like to attend, will be held on April 24, 2022, at 2:00 p.m., at South River Methodist Church, 2540 Cheatham Ford Rd, Hiddenite, with Rev. Greg Lee officiating. Burial will follow in the church cemetery. Military honors will be provided by the Veterans Committee of Taylorsville.