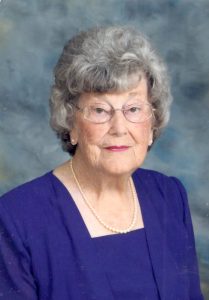 Clara Lee Moose Sipe, 96, passed away after a period of declining health on Friday, January 14, 2022, at Catawba Valley Assisted Living at Rock Barn.

She was born to the late Butler and Doll Childers Moose on May 24, 1925. During her working career, she worked in the furniture industry as an inspector at ER Carpenter. She was loved most for being a homemaker, sewing, quilting, and baking.

In lieu of flowers, donations may be given to Carolina Caring at 3975 Robinson Rd, Newton, NC 28658.