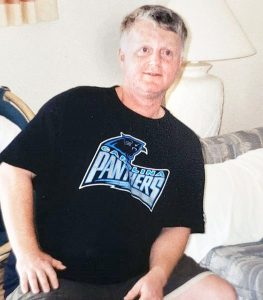 William Franklin Head, 64, of Greensboro, drowned in a tragic accident where his vehicle was struck by a train and knocked into the Yadkin River on Friday, January 14, 2022. He was found on Saturday, February 26, 42 days later.

William was born in Statesville and served 17 years (1975-1992) in the United States Army, attaining the rank of Captain. While in the Army, he was stationed in Germany and served as a prison guard for the infamous Nazi leader, Rudolph Hess. He worked over 34 years for UPS in Greensboro driving tandem rigs. He co-founded a decades-old independent employees benefit fund to support UPS truck drivers and employees that fell on hard times due to illness, injury, or family emergencies.

Many of his friends knew him as “Bill.” He loved to travel, spend time with friends and family, and give generously to many churches, Christian organizations, local public schools, political campaigns, and St. Jude Children’s Hospital. He was a huge fan of the Carolina Panthers and went to many football games with friends to cheer them on, both home and away.

William is survived by his mother, Eula Mae Stevenson Head of Hiddenite; brother, Dennis Wayne Head and sister-in-law Laurine Weatherby Head of Marietta, Georgia; nephews, Thomas “Donovan” Head and wife Jansen Balisi Head of Woodstock, Georgia, and Daniel Wayne Head of Marietta, Georgia; niece, Diana Laurine Head of Clemmons; many aunts, uncles, and cousins; and many members of the Losey Family which he considered like his own.

He was preceded in death by his father, William Haskell Head, and his best friend, George Losey, who was like a brother to him.

Visitation for Mr. Head will be 5-7 p.m., Sunday, March 20, 2022, at Adams Funeral Home in Taylorsville, and the funeral service will be at 2 p.m., Monday, March 21, 2022, at Bright Light Baptist Church in Statesville. Burial will follow at Pisgah United Methodist Church Cemetery in Hiddenite. A reception for friends and family will follow at Pisgah United Methodist Fellowship Hall.

Adams Funeral Home and Cremation Services is honored to be serving the family of William Franklin Head.