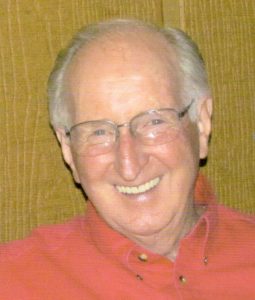 David Tony Pace (Redworm), 79, of Taylorsville, passed away unexpectedly on Sunday, January 16, 2022, at his home.

David was born October 30, 1942, in Alexander County, the son of the late Ernest R. Pace and Rosa Lee Teague Pace.

David attended Hiddenite High School. He was a truck driver most of his life, working for Champion, USF Holland, and Southern Ways Trucking. He was a member of Reformation Lutheran Church but attended New Salem Presbyterian.

David was a member of Lee Lodge 253, Brushy Mountain Shrine Club, and Oasis Shriners. He enjoyed winemaking, gardening, mowing, rabbit hunting, woodworking, classic cars, and traveling. But most of all, he enjoyed his family, friends, and especially the grandchildren.

Including his parents, he was preceded in death by his sisters, Lorene Myers and Irene Blackburn.

Those left to cherish and honor his memory include his wife of 60 years, Kay McDaniels Pace of the home; his daughter, Kimberly Pace Foxx (Terry) of Taylorsville; his son, David Keith Pace of Napa, California; his grandchildren, Cory Foxx (Devon Wagoner Foxx) of Taylorsville, and Katie Foxx and fiancé Jacob Abernathy of Stony Point; his sisters, Eloise Davis (Jimmy), Lois Dotson, Betty Julian, and Patricia Dishman (James); a number of nieces and nephews; and a myriad of friends.

A Celebration of Life Service will be held at 2 p.m., Saturday, January 22, 2022, at Reformation Lutheran Church. Pastor Craig Sigmon and Oasis Chaplin John Stanley will officiate. Masonic Rites will follow the service. The family will receive friends from Noon until 1:45 p.m., prior to the service, in the Reformation Lutheran Fellowship Building.

In lieu of flowers, memorials may be made to Oasis Shrine, 604 Doug Mayes Place, Charlotte, NC 28262.

Adams Funeral Home and Cremation Services is honored to be serving the family of David Tony Pace.