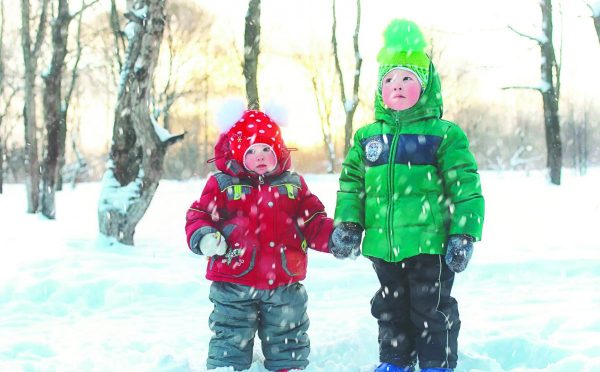 CHILDCARE CRITICAL FOR TODAY’S FAMILIES — America is in the middle of a childcare crisis — a crisis which is affecting Alexander County. (Photo: ACPC Quarterly.)

Restaurants are still not operating to full capacity. Tables are left empty while one or two servers scramble to meet customer needs. Factories have orders they cannot fill due to a shortage of employees. There are “Help Wanted” posters scattered all over the county while employers are scrambling to fill positions and failing. Where are all of the workers?

It’s easy to pass judgment and say “People aren’t working because they are lazy,” and honestly, maybe that is true in some cases, but there is a greater problem contributing to the loss of workers that needs to be addressed nationwide.

America is in the midst of a childcare crisis and this crisis is directly impacting Alexander County. According to the Executive Director of the Alexander County Partnership for Children, Paula Cline, people are leaving work in droves because there is no one to care for their children. She said there was already a childcare shortage prior to the pandemic, but this added component only worsened the situation. When schools close due to Covid guidelines, many parents are forced to stay home with their children due to a lack of childcare in Alexander County. School-aged children needing care only adds to the current childcare crisis.

Cline stated that 70% of the Partnership’s funds support licensed childcare centers, but 70% of children in Alexander County are in private care, which means they are staying with extended family members or friends. In a scenario where children are staying with a grandmother, they have nowhere to go if the grandmother becomes sick or is incapable of caring for them any longer. The Partnership strives to support in-home caretakers with the other 30% of their budget. They also offer materials, a lending library, and play groups, free of charge. They are doing all that they can to serve the preschool population in Alexander County, but there is so much more to do.

Another component that adds to the childcare shortage is the fact that there are very few licensed childcare facilities available. The amount of early childcare centers in Alexander County is in the single digit range. In a county where so little is offered to children ages 0-5, the closing of two main facilities recently has impacted over 100 families. One was closed due to a fire and one was closed due to the pandemic. One is trying to reopen, but can find no one to hire. This has left many Alexander County families scrambling to find places for their children that are safe and reliable.
It’s a simple formula, really. Quality child care is needed so parents can work and parents need to work to keep businesses thriving to ensure economic stability and growth. Research is clear that the first five years of life create a foundation for the rest of a child’s learning and development. Unfortunately, those working with children can attest to the fact that more and more children are entering public schools lacking basic developmental skills. In fact, many are already exhibiting signs of trauma and neglect, creating an ever increasing mental health crisis in public schools. Of course, this also negatively affects any community long term.

So why are the youngest and most defenseless people in our nation receiving the least efforts to fund what is needed for them? According to Cline, the average child care worker makes between $9 and $12 an hour. Most of these workers receive no health insurance. Some of these people even have Associate’s degrees, yet they make less than fast food restaurant workers. This makes it difficult to attract quality teachers to this field. Many local centers have space for more children, but they do not have the workers needed to care for them.

The blame can’t be placed on the childcare centers because they don’t have sufficient funds to pay their workers a higher wage and also provide the needed supplies to run safe, state-registered facilities. Fees for childcare have to be kept to a manageable level or average working parents won’t be able to pay them.

The solution will have to come from government subsidies at the state and local levels. This crisis will also require local businesses to get involved. It is time for businesses to assess the needs of their workers and create plans to provide onsite childcare. New businesses coming to Alexander County need to consider how they will assist with childcare and the local government should hold them accountable for doing so because there are honestly no openings in any of the local early childhood facilities and parents are being placed on waiting lists.

Under the direction of former Governor Jim Hunt, a program called Smart Start was initiated to subsidize early childhood education. Although helpful, this money has to stretch across 75 partnerships in 100 counties and it does come with some rigid regulations. The Alexander County Partnership is required to match these funds by 19%, but this is a challenge in a low wealth community. It’s difficult to host large fundraising events with a small staff and in a small, rural community. The Partnership accepts donations in the form of money, volunteer time, and materials. All of these can go toward the 19% match required by the state.

So why are the educators of the most precious little people in society constantly scrambling to find enough funds to operate effectively? Why is it always like “squeezing blood from a turnip” to find money to pay early childcare educators what they are worth and to fund an adequate amount of child care centers for communities nationwide?

Cline says that there are funds available at the state level, but they are not being dispersed effectively or as they are legally required to be.

It’s twenty-seven years later and the state is still not in compliance with their financial requirements stated in the lawsuit to make education more equitable across all NC districts. There was a Leandro Comprehensive Plan developed in 2020 (yes, that’s 26 years after the lawsuit was initiated), which was created to ensure that the state would comply with their financial obligations to school districts in a timely manner. The budgets state legislators have recently created still do not meet the Leandro requirements, even though there are funds available. If people in North Carolina want to see changes in funding for all students, even those from ages birth through age five, they will have to demand it from the state.

Meanwhile, if the state is not yet supplying what is needed to boost early childhood education in Alexander County, then it will be up to the county government and local businesses to step up. This problem cannot be ignored. The youngest children in Alexander County need to be prioritized so that people can get back to work and businesses can thrive. It will take an entire community to be involved to solve this problem.

As Cline said, “Childcare workers are the workforce behind the workforce.” If centers for early childhood education aren’t properly funded, then the economic problems in Alexander County and across the nation will not improve.

For more information on this topic or to be a part of the solution, please contact any of the following sites: