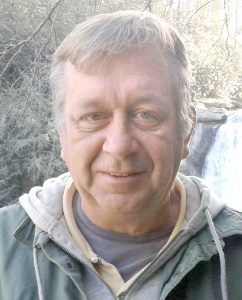 John was born July 4, 1962, in Alexander County, the son of the late John Odell Pennell, Sr. and Frances Wike Pennell.

He was a US Navy veteran, and a self-employed business owner of Yards R Us. He was a member of Salem Lutheran Church. John was a very hard-working man and loved to take vacations with his family. He was a very kind and generous man.

Including his parents, he was preceded in death by his grandparents, Roby Wike and Cora Harrington Wike, and Grover Pennell and Florence Minervia Thomas Pennell; and a sister, Sherry Osborne.

Those left to cherish and honor his memory include his wife, Lisa Denise Pennell of the home; his daughter, Cora Lou Pennell of Taylorsville; his step-daughter, Brittany Denise Overcast of Charlotte; his granddaughter, Nika Ray Griffin; his sisters, Betty Goble of Taylorsville, and Kay Herman (Larry) of Hickory; his brothers, Johnny Pennell (Barbara) of Hickory, Frank Pennell (Lannie) of Old Fort, and Gary Pennell (Cheryl) of Taylorsville; an uncle, Floyd Benfield; an aunt, Trudy Wike; and nieces and nephews, Christy, Brett, Mia, Matthew, Christopher, and Marty; a number of cousins; and surviving childhood friend, Brian Wilkinson.

Adams Funeral Home and Cremation Services is honored to be serving the family of John Odell Pennell, Jr.