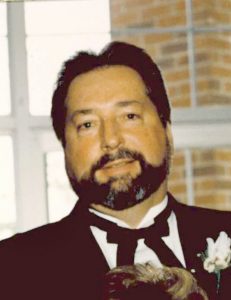 Ronald Edward Sharpe, 76, of Statesville, passed away unexpectedly on Sunday, January 23, 2022, following a courageous battle with multiple surgeries since May of 2019. He has now gone home to rest in peace with his heavenly Father.

Ron was born on March 5, 1945, in Iredell County, to the late Carl Kenneth Sharpe and Sarah Murdock Sharpe. He was raised on the Sharpe Farm that has been in the family for well over 150 years and was where he lived his entire life. He was a graduate of Scotts High School and Barber School in Winston-Salem, where he also taught hairstyling. On June 20, 1964, he married his soulmate, Patricia “Pat” Frazier Sharpe, the most devoted and loving mother and wife. Together, they were members of Midway United Methodist Church.

Ron began his barbering career at Brookdale Barber Shop and soon after became co-owner of the Sharpe-Head Barber Shop, where was a well-respected barber for over 55 years. Being a barber introduced Ron to so many people in the Statesville Community and they not only were his customers they became his life-long friends. Ronald, his partner Jim Head, and many friends have a multitude of fond memories of just the guys hanging out at the shop during, and after hours, that it was known as a popular place to be with lots of laughter, good times, and comradery.

Everyone that knew Ron knows he led a long life filled with many friends, fun times, and his love for farming, music, dancing, watching his children’s and grandchildren’s ballgames, and most importantly his family and his Lord. He was a very generous person and always wanted to do something for anyone in need, whether he knew them well or not. He would share everything he had with others…and if you came over to visit, you could not leave without Pat making you something to eat and he would not take no for an answer! Everyone felt welcome in the Sharpe House.

Funeral services will be held at 2:00 p.m., Friday, January 28, 2022, at Monticello United Methodist Church with Rev. Ralph Lepley and Rev. Gervase Hitch officiating. The family will visit with friends following the service from 3:00 to 4:00 p.m. Burial will follow at Midway UMC Cemetery.