The Ellendale Volunteer Fire Department celebrated the arrival of its newest fire truck on Monday evening, January 24, 2022, at 6:30 p.m. The department recently purchased a 2011 Sutphen pumper truck, which will replace an older truck that will remain in operation to be used when needed.

Following remarks from Ellendale VFD Chief David White and a prayer by Ellendale VFD Chaplain Allen Fox, firefighters performed a traditional “push-in” ceremony by manually pushing the fire engine into the apparatus bay. The ceremony is a fire service tradition that dates back to the late 1800s when fire departments used hand-drawn pumpers and horse-drawn equipment. Upon returning to the station after a fire call, the horses could not easily back the equipment into the station, so they were disconnected from the fire equipment and firefighters would push the equipment back into the bay themselves.

Following the ceremony, those in attendance were treated to delicious refreshments by the Ellendale VFD Ladies Auxiliary. 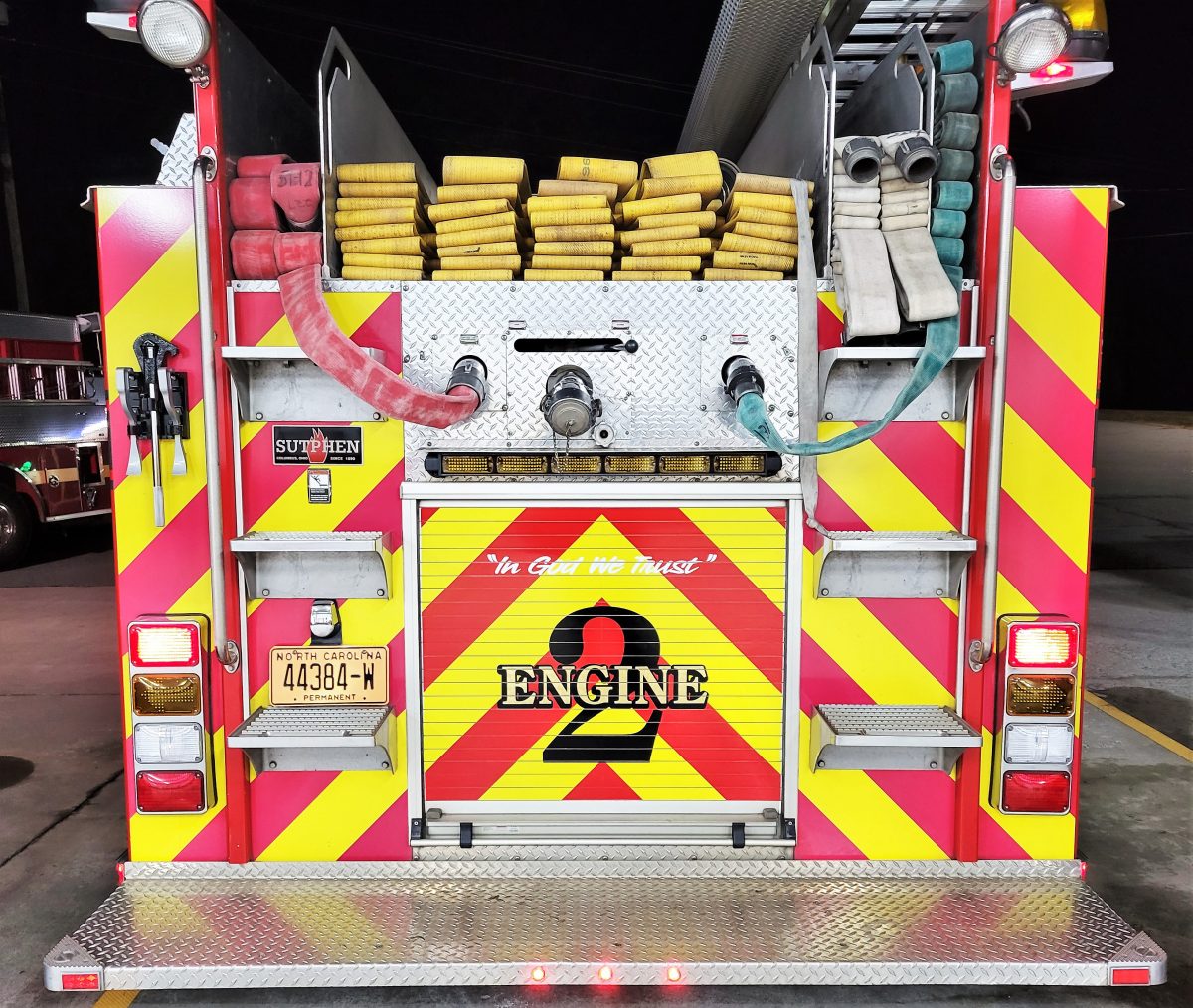 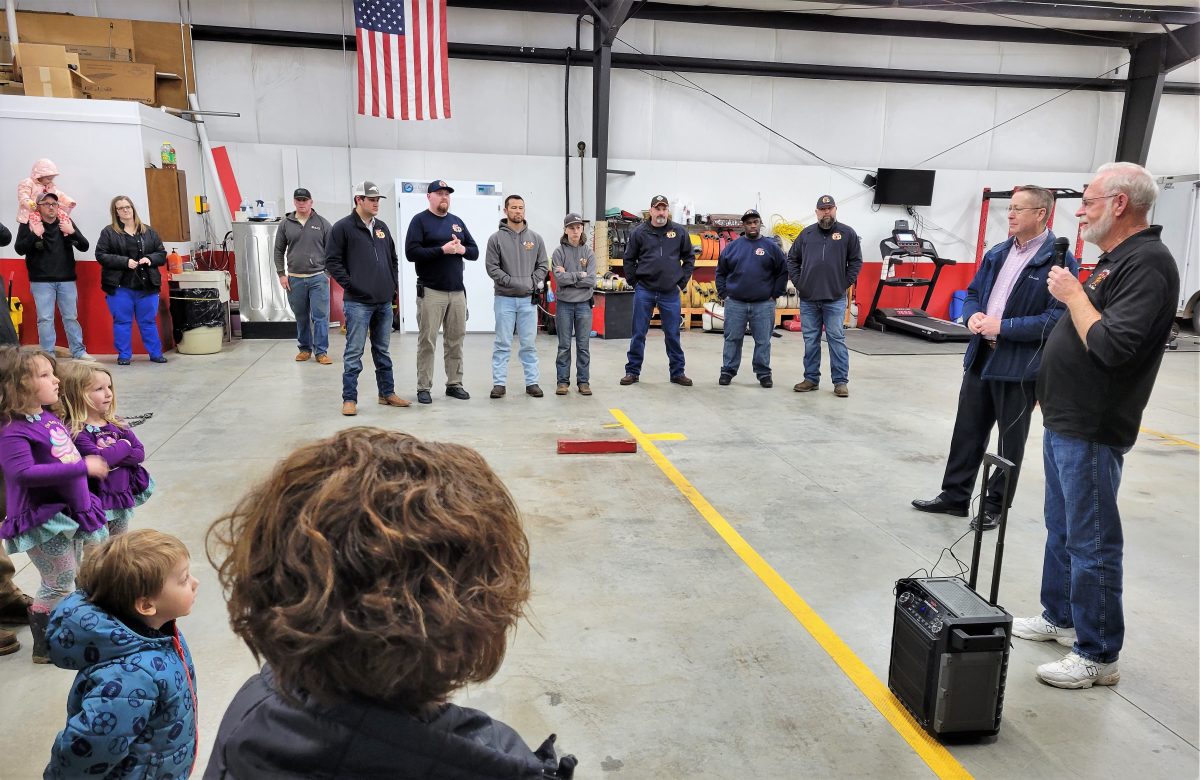 Above right: Chief David white and (to his right) Chaplain Allen Fox addressed the crowd at the fire station during the ceremony.