On October 2, 2021, Taylorsville resident Andrew Ferguson was on his way to do some consulting work with the Honduran government when he learned that a fire had broken out on the island of Bonacca near where he would be landing. He landed in Roatan, Honduras, at 11:30 a.m. Central Time, and by 1:30 p.m. he had an official request to assist with the crisis. 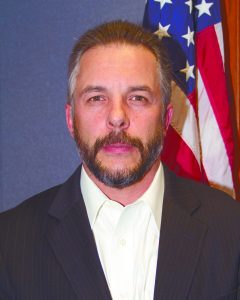 Ferguson was asked to help coordinate a relief effort. He has experience in this area because he is the Alexander County CERT (Community Emergency Response Team) director.

Early the next morning, Andrew boarded a boat, accompanied by the Honduran Red Cross and full of tons of relief supplies donated by Roatan, a neighboring island. After a three hour boat ride, he and his fellow aid workers arrived on the island of Bonacca and he could still see smoke rising on the horizon.

Bonacca is a tiny island in the Caribbean that neighbors the island of Guanaja and was the site of the fire. The island is approximately 230 meters wide and 460 meters long. During the blaze, many of the inhabitants fled on boats to the neighboring islands of Guanaja and Roatan.

Andrew described this island as being “wall to wall people” when inhabited. He said there are no roads or sidewalks and the population of Bonacca is approximately 5,000. The residents built “straight up,” so the island was super concentrated with people for the amount of space on the island.

At approximately 10:30 a.m. that same day, Ferguson met with the mayor of Bonacca to do an initial damage assessment and search for any possible cadavers. He was part of an initial stakeholders brief at the Miller Hotel that included the Red Cross, the Honduran Navy, the Honduran Marines, a local doctor, the National Police of Honduras, and COPECO (Honduran FEMA). They were able to determine that there were no fatalities, but several injuries due to electrical shocks, smoke inhalation, and burns.

Ferguson originally thought he would be helping out for a day, but his assistance was actually needed for six days. He was involved with coordinating volunteer workers, cleaning pathways to ground zero, condemning buildings, and helping to coordinate relief and medical supplies. At one point, Ferguson was responsible for the COVID vaccines on the island because they had run out of medical staff to do this job.

There were many challenges to coordinating relief efforts on this tiny island. Andrew explained, “The island had docks but no place to land a landing craft, so I went out with the Honduran Navy to do depth soundings to determine if their landing craft could drop heavy equipment onto the island. Before that could happen, we had to manually offload 200 tons of relief supplies from the largest ship in the Honduran Navy. Since there was no place to store it on Bonacca, we had to offload it on a beach on the neighboring island and secure it in the sole aircraft hangar.”

Communication was difficult because the WhatsApp they were using failed and they were reduced to using foot messengers.

Ferguson later met with the president of Honduras, who flew in to inspect the damage and recovery because he had been the liaison for the mayor and the governor. With an upcoming election, rebuilding efforts were delayed, but promises to reconstruct the demolished area were made. 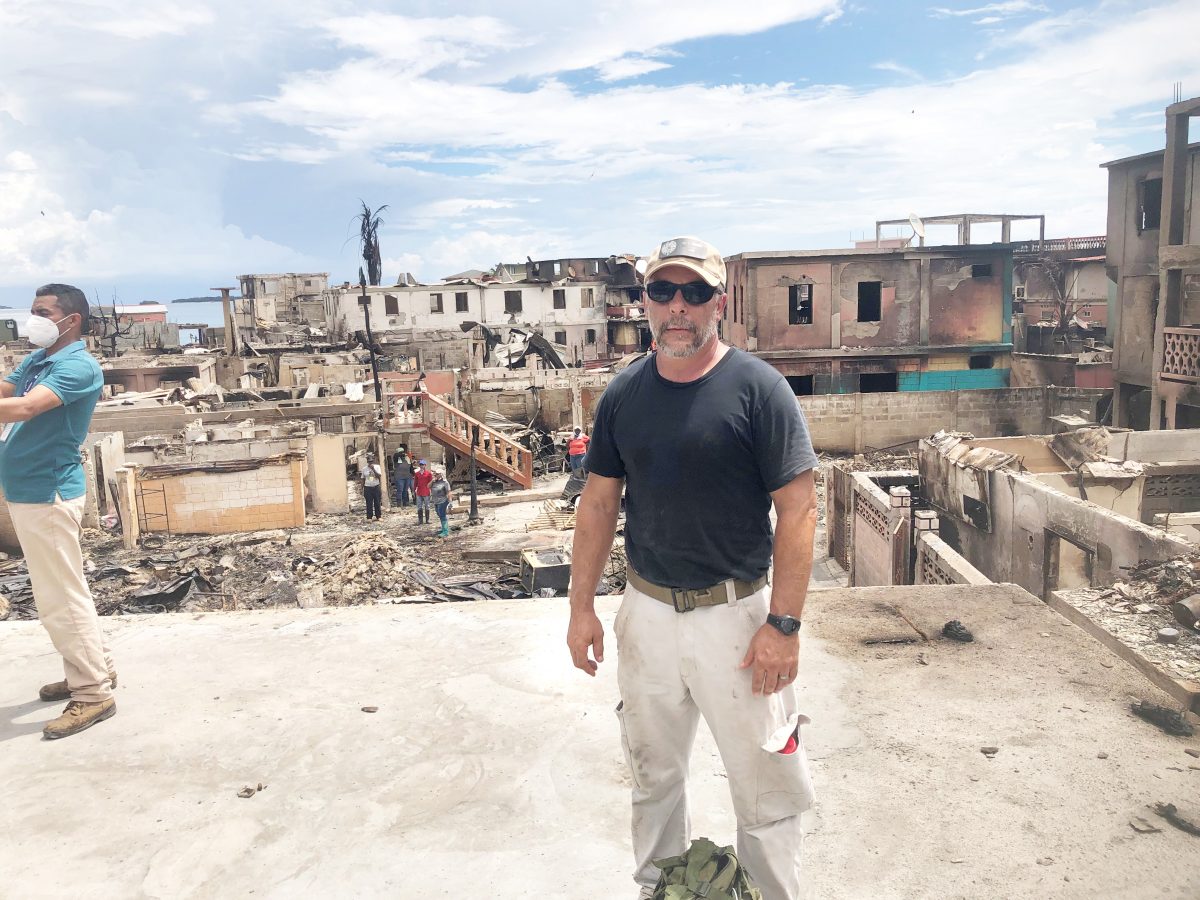 GROUND ZERO — Andrew Ferguson, of Taylorsville, is shown at ground zero of the fire on the island of Bonacca in October 2021.

By October 7, things had stabilized enough for Ferguson to catch a light aircraft back to Roatan, where he finally got a long awaited shower since water had been very limited on the island. His one day of assistance had turned into five additional days of service.

Ferguson recently gave an update and said that the election process in Honduras and the Christmas and New Year’s holidays have slowed the reconstruction process down to a crawl. There is a hope that the newly elected government will come through on their promises for reconstruction aid.

Ferguson reports that in the meantime, displaced residents have had to find alternative places to live on the mainland or on Roatan. They are mostly living with extended family or friends. Ferguson is hoping to revisit the area soon for an update on the rebuilding process.