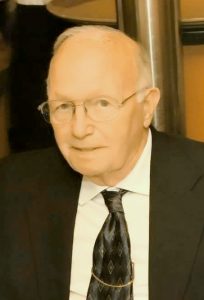 Robert Wade, 83, of Granite Falls, passed away on Wednesday, January 26, 2022, at his home following a brief illness.

Robert worked for many years as a mechanic in the automobile industry but his last job was with Sherrill Furniture. He loved to rebuild old cars when he was still able. He loved fishing and camping and also loved to tell jokes and put smiles on people’s faces.
Including his parents, he was preceded in death by his wife, Lois Pauline McLain Wade; a daughter, Christy Kay Wade; and his brother-in-law, Don Wilson.

Those left to cherish and honor his memory include his daughters, Amy Treadway (Tad) of Taylorsville, Brenda Hunt (Shane) of Lexington, Judy Wade of Texas, and Patty Wade of Kentucky; his son, Charlie Wade and fiancée Billie of North Wilkesboro; his special friend, Joyce Wright; his sister, Rosie Wilson of Lexington; a number of grandchildren, great-grandchildren, nieces, and nephews that he loved and adored; his very special companion, his dog, Butler.

Adams Funeral Home and Cremation Services is honored to be serving the family of Robert Wade.