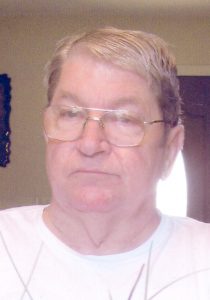 Jimmy was born on Sunday, May 16, 1943, in Alexander County, to the late Joseph Zachariah Moretz and Clara Belle Cline Moretz.

Jimmy was chosen as the 2001 Alexander County Citizen of the month.

Including his parents, he was preceded in death by brothers, Plez Moretz, Dan Moretz, Ned (Pete) Moretz, and an infant brother; half-brothers, Buret Teague and Paul Cline; and sisters, Lois Watson, Mary Laney, and Helen Annas.

Those left to cherish the memories of Jimmy include his wife of 48 years, Etta Mae Brown Moretz of the home; children, Darin Moretz, Barbara Brown (Charley) of Taylorsville, and Garrett Moretz (Julie) of Mooresville; grandchildren, Kessell, Caleb and Noah Moretz of Mooresville, and Thomas and Luke Brown of Taylorsville; sisters, JoAnn Isenhour (Grady) of Lenoir, Kay Ray of Statesville, and Bonnie Sherrill (Rick) of Valdese; along with several nieces, nephews, and friends.