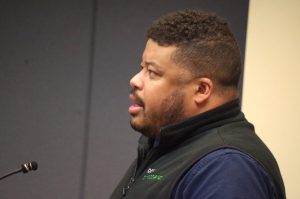 Open Broadband LLC continues to make progress across Alexander County as they expand their digital footprint by adding equipment on existing towers and installing wireless internet service at local homes and businesses. At the February 7th meeting of the Alexander County Board of Commissioners, Open Broadband’s Western NC Manager Nick Steward presented a progress update on the county project, according to a press release.

He said they recently repaired and replaced some equipment on the Linney’s Mountain tower and secured a hub location on Vista Pointe Drive in Stony Point. A tower site in Stony Point will be operational in the next few weeks after electrical work is completed. Steward said that a property owner on Three Forks Church Road constructed a new 70-foot private tower which will serve approximately 15 homes in that area. He said the company is in the planning stage of phase two as they try to identify a site that covers areas east of Cheatham Ford Road.

“We have 233 customers connected, and we’re seeing an overall increase in service requests in Alexander County,” Steward related. “We’re now scaling up our installations to meet the demand.”
Commissioners approved the agreement with Open Broadband in February 2021 with each entity investing approximately $200,000 in the broadband initiative, which is designed to provide internet service to underserved and unserved areas of the county.

“We’re excited to be a part of this worthwhile project as we strive to provide broadband to homes and businesses where internet is not currently available,” said Ronnie Reese, Chairman of the Alexander County Board of Commissioners. “Having fast, reliable internet service is a necessity in today’s society, and Alexander County Government is pleased to be a catalyst in this partnership.”

David Moose, Alexander County Compliance & Procurement Specialist, said there are other opportunities to expand the broadband network in the county, including the Completing Access to Broadband (CAB) grant through the North Carolina Department of Information Technology. He said that staff is reviewing additional grant opportunities to further expand the county’s broadband infrastructure. 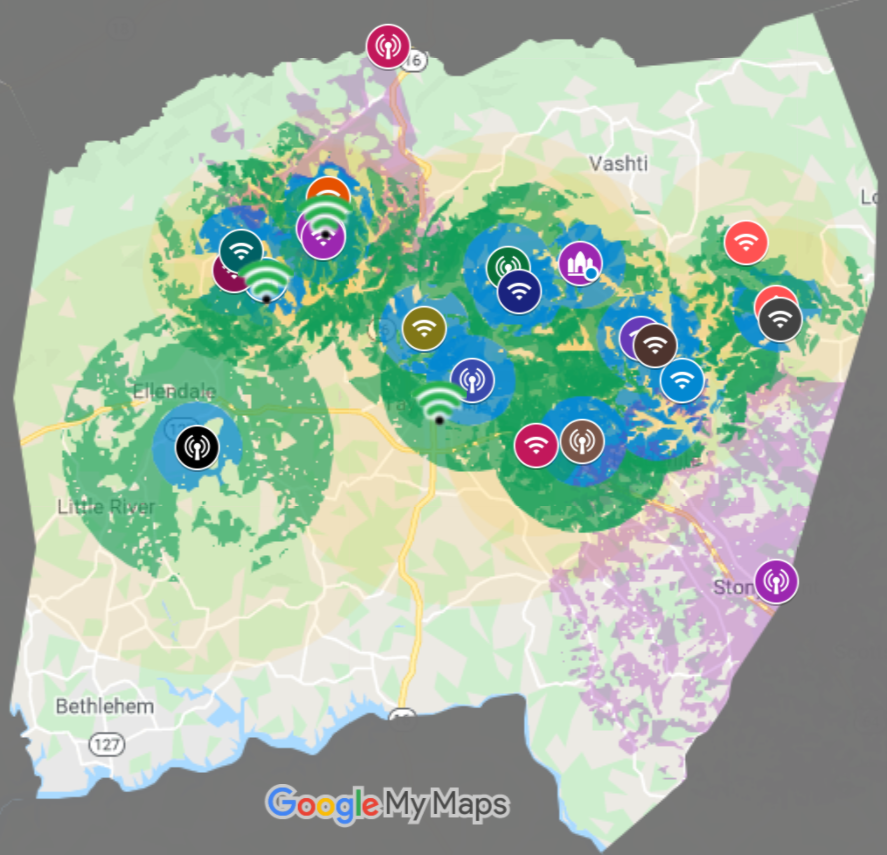 •  Pamela Bowman, Education Coordinator/Administrator of the Alexander Soil & Water Conservation District, presented information about the Emergency Watershed Protection (EWP) projects and other debris removal funding. Following the flood of November 12, 2020, numerous local waterways became filled with debris. She said the project was put out to bid twice, but the bids were very high. The project is currently out to bid for a third time. Bowman said she hopes to present bids at the March 7th board meeting. Funding is 75 percent from the USDA Natural Resources Conservation Service and 25 percent from the NC Division of Soil & Water Conservation. Bowman said there are state emergency funds to pay for projects not eligible for the EWP program. Alexander Soil & Water requested $381,304 for 10 sites, but only received $174,287. They are currently reworking the scope of work due to higher costs. There is also a third funding option through the Stream Rehabilitation Assistance Program (StRAP). Bowman said her office is accepting new applications for debris removal from streams through February 18.

•  Commissioners continued discussion of a public nuisance complaint regarding property located at 465 Jimmy Duncan Lane. The matter was originally presented at the board’s meeting in December. Cody Bowers, Code Enforcement Officer, said he received the first complaint about a junked vehicle in April 2021 and received a second complaint in July about untagged and junked vehicles in the back yard. Notices were sent to the property owner on July 9 and August 10, and a notice of public hearing was sent on November 16. Bowers said he recently visited the property and it appeared that the owner has made some progress with the cleanup. The board voted to allow 30 more days to remove the junked cars, and to proceed with abatement if the violation hasn’t been resolved.

•  County Manager Rick French presented a calendar for the 2022-2023 budget. On February 11, budget information will be distributed to department heads and outside agencies. On April 4, the finance department will provide the first budget printout to the county manager. On May 2, the county manager will present the budget to the board of commissioners. A public hearing on the budget is set for May 16, with adoption of the budget tentatively scheduled for June 6.

•  County Manager French also presented a budget ordinance amendment regarding the lease of fairgrounds property by Alexander County Emergency Services at a cost of $1,200 per month, plus $20,000 for concrete pads needed for trailer storage.

•  In the County Manager’s Report, Mr. French said the county is extending the reduction in water tap fees through December 31, 2022. The reduced tap fee is $541, which is a savings of $602. He said the human resources department is conducting a pay study for all employees. The dedication of Alexander County Courthouse Park will be held on Sunday, May 15, with guest speakers and a live band.

•  Scott Berson, Community and Regional Planner with the Western Piedmont Council of Governments (WPCOG), presented a text amendment to the zoning ordinance which would allow accessory structures to be located in front yards of property zoned RA-20 so long as the structure is not in the required front setback and the lot is a minimum of three (3) acres. The request was made by Martin Moretz, who wishes to build an in-ground swimming pool in the front yard of his property. Commissioners approved the text amendment.

•  Berson presented a second text amendment to revise sections 154.274 and 154.355 of the zoning ordinance and section 157.012 of the subdivision regulations to decriminalize certain land use violations per Senate Bill 300 which went into effect on December 1, 2021. SB 300 prohibits local governments from enforcing certain regulations through criminal penalty; however, civil penalties are still allowed. Commissioners approved the text amendment.

The Alexander County Board of Commissioners typically meets on the first Monday of each month at 6:00 p.m. in room #103 at the CVCC Alexander Center for Education. The next meeting is set for Monday, March 7, at 6:00 p.m. Regular meetings are recorded, and can be viewed on the county’s Government Channel on Spectrum channel 192 or on the county’s YouTube channel at www.youtube.com/alexandercountync. Meeting agendas, minutes, videos, and more are available on the county’s website at www.alexandercountync.gov/commissioners.