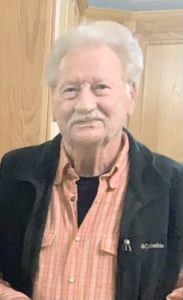 He was born in Alexander County to the late Phifer Everette Jenkins and Daphne LonaBelle Childers Jenkins.

Jim worked in the furniture industry for most of his working career. He was with a group of trades craftsmen who went anywhere in the U.S. to fix furniture.

Including his parents, Jim was preceded in death by his wife, Carol Wike Jenkins; a son, Todd Jenkins; and two brothers, Billy Jenkins and Alvis Luke Jenkins.

A celebration of life for Mr. Jenkins will take place later in the spring.

Adams Funeral Home and Cremation Services is honored to be serving the family of James Jenkins.