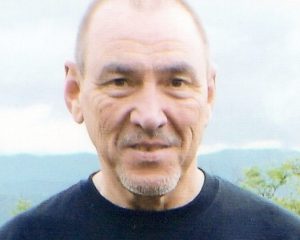 Ricky was born August 14, 1955, in Caldwell County, the son of the late Shirley Hampton Southard and Bernice Carrigan Southard.

He worked in the furniture industry for Clayton Marcus and later with Kincaid Furniture. He was a member of Mt. Wesley Wesleyan Church. He enjoyed spending time with his family, especially the grandchildren. Ricky collected Star Wars collectibles and enjoyed Karate and going to the beach.

Including his parents, he was preceded in death by his sisters, Patricia Southard and Mary Lou Scott; a brother, Richard Southard; and foster father, Tommy Johnson.

A Celebration of Life Service will be held at 2 p.m., Saturday, February 19, 2022, at Mt. Wesley Wesleyan Church. Pastor Mark Sharpe will officiate. The family will receive friends one hour prior to the service.

Memorials may be made to Mt. Wesley Wesleyan Building Fund.

Adams Funeral Home and Cremation Services is honored to be serving the family of Ricky H. Southard.