The Alexander County Board of Elections met during a public meeting on February 15 to discuss and adopt a one-stop early voting plan for the May 17 Primary Election, said Patrick Wike, Alexander County Board of Elections Director. The five member bi-partisan board unanimously adopted a plan to operate one early voting site, the Alexander Senior center. The Alexander Senior Center will be open 12 weekdays (8 a.m. to 7:30 p.m.) and 3 Saturdays (8 a.m. to 3 p.m.). The early voting period begins Thursday, April 28, and ends Saturday, May 14, 2022. 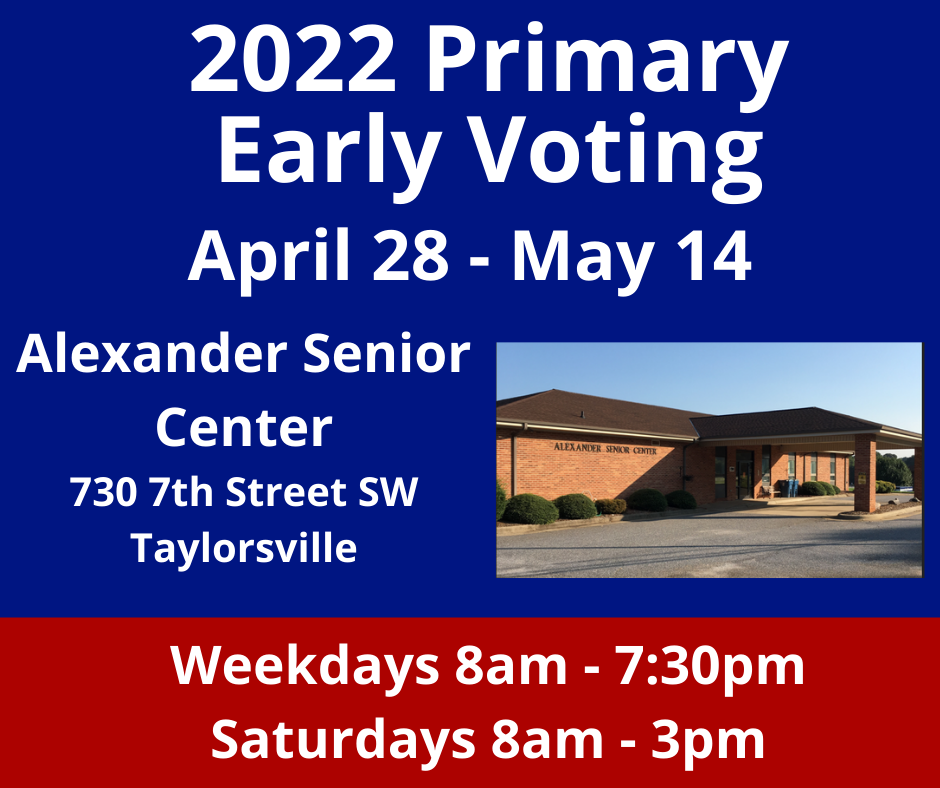