Town Christmas lights not likely for 2022

Duke Energy crews will begin upgrades on the “Taylorsville Tie,” which begins at the substation near East Taylorsville Baptist Church and proceeds westward. The first phase of work will begin the week of March 14 along 1st Avenue Drive SE, according to Gary Herman, Public Information Officer for Alexander County Government.

In the coming weeks, additional crews will be deployed on the project, which is expected to be completed by late fall 2022. Citizens should expect traffic delays where work is occurring.
Duke Energy customers along the work route may experience power outages; however, Duke will notify customers 48 hours before the planned outage so customers can be prepared.

This project is designed to enhance and upgrade Duke’s electric grid that runs through Alexander County with new circuits, increased capacity, and general improvements.

Although this will upgrade the service, there is at least one drawback. “This will have an adverse impact on our Christmas lights this coming season. The Town will have to upgrade each light service, as the old light wiring will be removed,” Town Manager David Odom noted.

Odom said that the Town of Taylorsville’s current Christmas lighting relies on wiring which will not be transferred to the new utility poles. Existing bolt-through brackets are prohibited on the new poles, so the Town would have to purchase strap-type light brackets instead.

Also, any work on adding new Christmas light wiring to the new poles can only be done through a Duke Energy approved contractor. He estimates this would cost about $70,000 for new wiring for the 54 Christmas lights the Town has traditionally used downtown.

Also, Duke Energy’s project will not be done until Fall 2022 and other utilities’ wiring must be transferred to the new poles, including AT&T and Charter communication lines and NCDOT traffic signal boxes and lights. Only after those utilities are completely transferred could the Town then begin work, through a contractor, to install Christmas light wiring and brackets.

“We’re looking at a very condensed window of time, if the Duke work isn’t done until this fall,” said Odom. 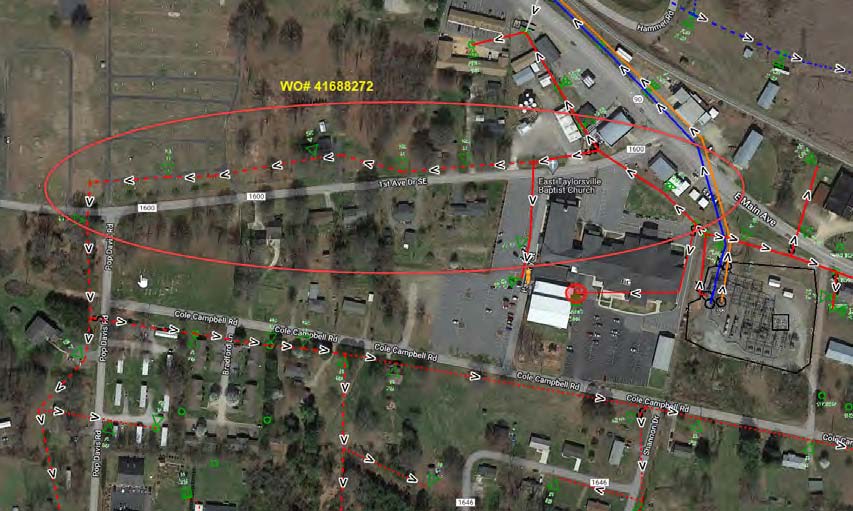