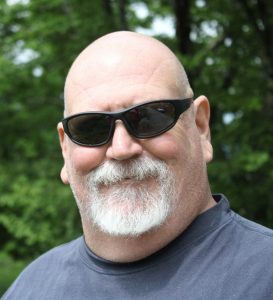 John was born October 14, 1961, in Wake County, the son of the late Elmer Bertley Eddy and Florence Boardman Cooke Eddy.

He was the sole proprietor of Eddy Engineering, PC, and was an avid outdoorsman. He enjoyed hunting, fishing, 4-wheeling, and perfect 90-degree angles. He also loved his family very much and his dogs.

Those left to cherish and honor his memory include his wife of 14 years, Susan Eddy of the home; the mother of his children, Beth Hughey of Swansboro; and his sons, Jack Cooke Eddy (Rebecca) of Charlotte, Samuel Christian Eddy (Bailey) of Raleigh, and Nicholas Jacob Eddy of Catawba.

Services for Mr. Eddy will be at 1 p.m., Wednesday, March 16, 2022, at Adams Funeral Home Chapel. Dr. James Smith will officiate. The family will receive friends one hour prior to the service.

In lieu of flowers, memorials may be made to the Wildlife Endowment Fund at https://www.ncalvin.org/AlvinMVC/Donations//.

Adams Funeral Home and Cremation Services is honored to be serving the family of John L. Eddy, III.