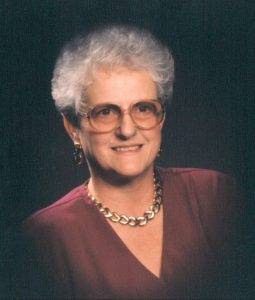 JoAnn Hall Martin, 81, of Statesville, passed away Saturday, March 12, 2022, at the Gordon Hospice House in Statesville.

Ms. Martin was born on November 4, 1940, in Surry County, to Robert “Bob” and Essie Hall. She was of the Baptist faith.

JoAnn enjoyed yard work, watching the birds outside her window, and attending the Hall and Nowlin yearly reunions. She also enjoyed listening and singing to Gospel and older Country music, fishing, and riding around in the mountains.

Most of all, she dearly loved her children and grandchildren and spending time with her family.

In addition to her parents, she was preceded in death by a granddaughter, Amanda Nowlin; brothers, Donald Hall, Jimmy Hall, and Jay Hall; and sisters, Debbie Hunley and Shirley Neighbors.

A private graveside service will be held.

The family would like to send a special “Thank You” to The Gardens for the loving care of our mother and to the Gordon Hospice House for the compassion and love to our mother and our family over the past week.

Miller Funeral Service is in charge of the arrangements. Online condolences may be made to www.millerfuneralservice.com.