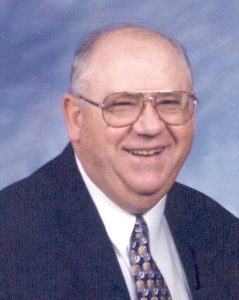 Robert was born on September 18, 1942, in Alexander County, the son of the late Rev. Clarence Allen and Eupha Matheson Allen.

He was the owner and operator of Allen Shoe Store in Hiddenite for 32 years. He was baptized in Johnny’s Pond at the age of 15. He was a member of First Baptist Church and Steve Carrigan’s Sunday school class. He belonged to Brushy Mountain Coon Club and also helped start the Brushy Mountain Archery Club.

Including his parents, he was preceded in death by brothers, Atwell and Earl Allen; and sisters, Christine (Charlie) Brotherton and Pearl (Frank) Wyatt.

Those left to cherish and honor his memory include his wife of 60 years, Katherine Davis Allen of the home; his son, Shannon K. Allen of Kenansville, Florida; his daughter, Vonda DeCoteau (Thomas); his grandchildren, Shea Katherine and Tyler Warren of Denver, and Cameron John and Brittany Nicole DeCoteau of Hiddenite; and sons by heart, Jeff Carson (Tonya) of Stony Point, and Alan Bagley (Melinda) of Kenbridge, Virginia.

Adams Funeral Home and Cremation Services is honored to be serving the family of Robert Lee Allen.