FacebookTwitterInstagramEmail
| logout
The National Weather Service visited Alexander County on Friday, March 25, 2022, to survey the damage sustained during a storm on Wednesday night, March 23. The NWS confirmed that an EF1 Tornado touched down in the northwest section of Alexander County that night. It appears there was a 5-6 mile stretch of wind damage that included damage from the EF1 Tornado, which had winds of at least 110 mph. Several houses sustained damage during the severe storm, with many downed trees. Fortunately, no injuries have been reported.
Residents along Archie Mtn. Lane, Mt. Olive Church Road, and IU Mein Drive sent these photos of storm damage on their property.
Alexander County Emergency Management Office member Garrett Huffman noted that the damage appeared to be along a line about 2.5 miles in length, from near Gill Childers Road to the Mt. Olive Church Road and Russell Gap area.

County officials say that anyone with storm damage from the March 23-24 nighttime storm is urged to contact Alexander County Emergency Management, 828-632-9336. 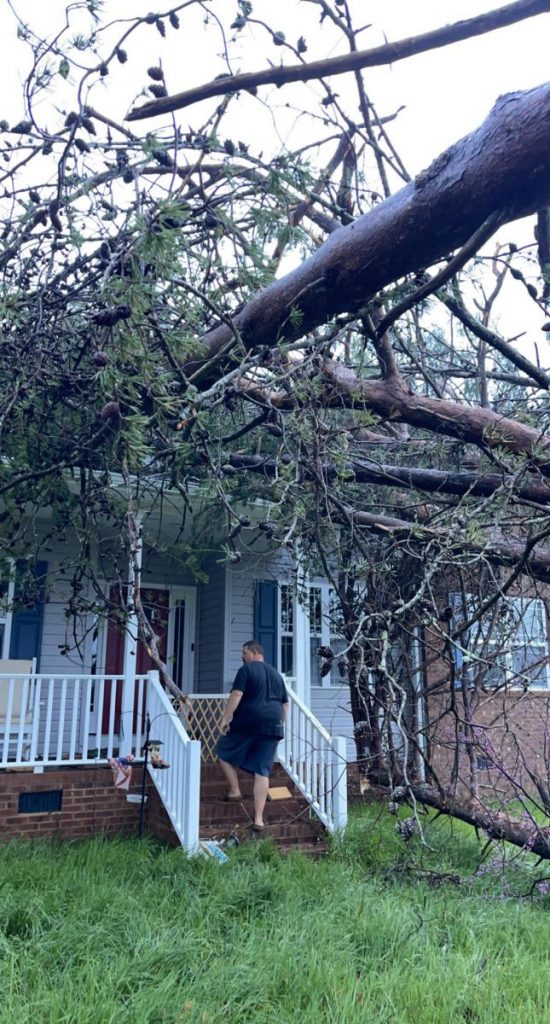 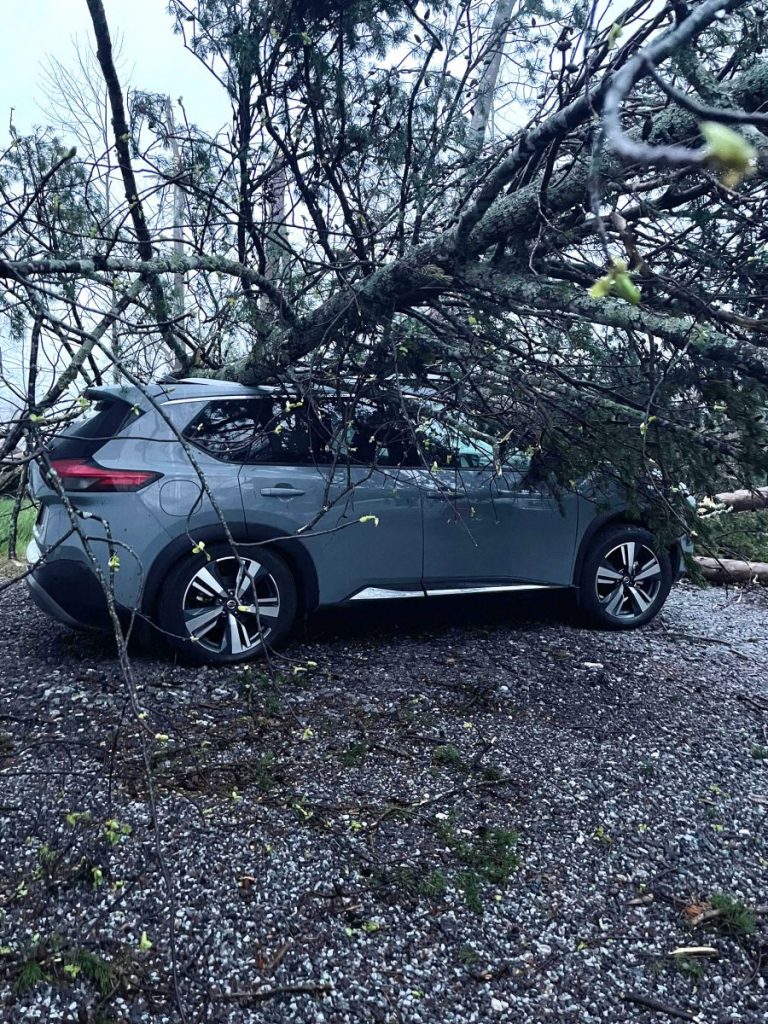 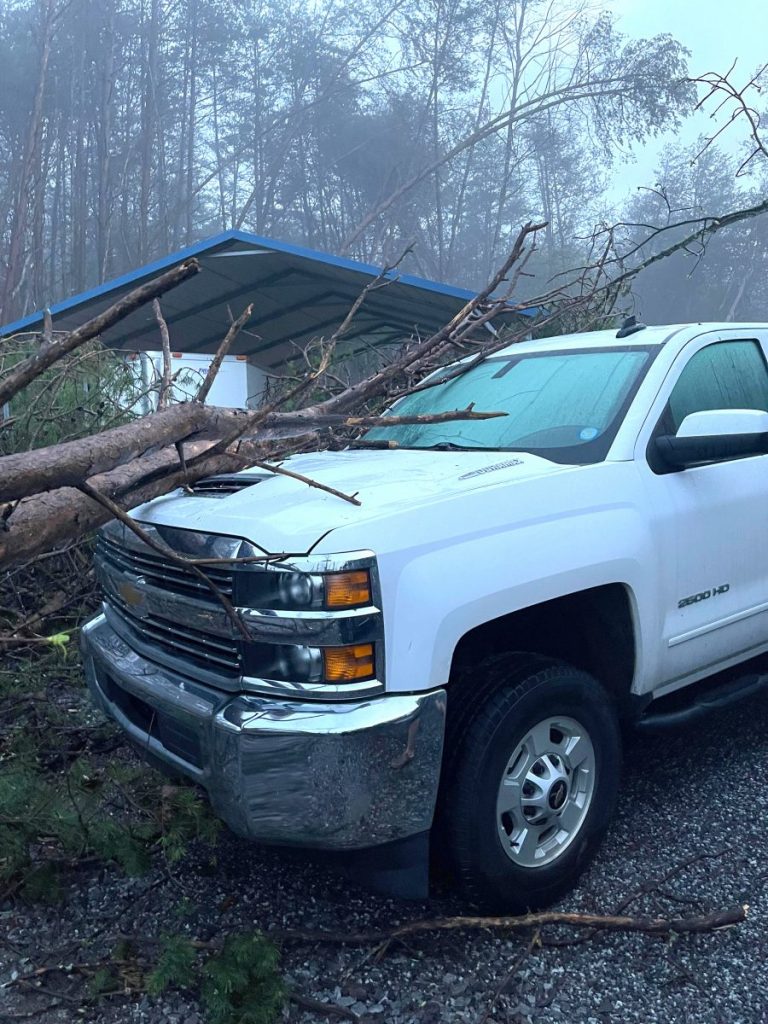 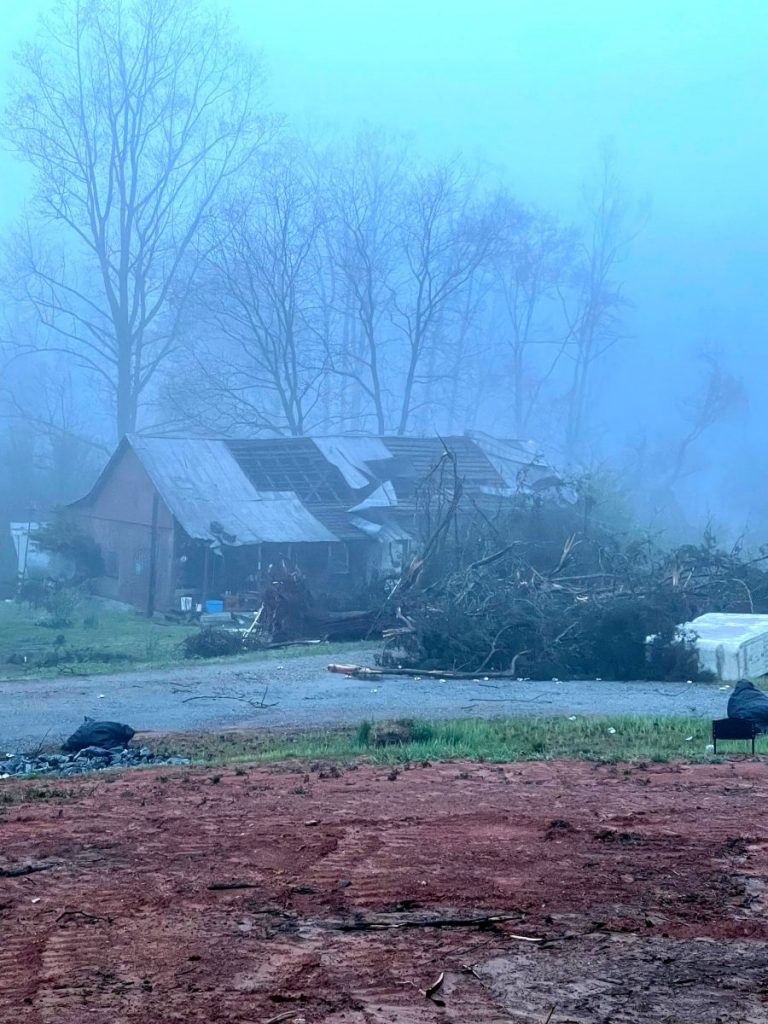 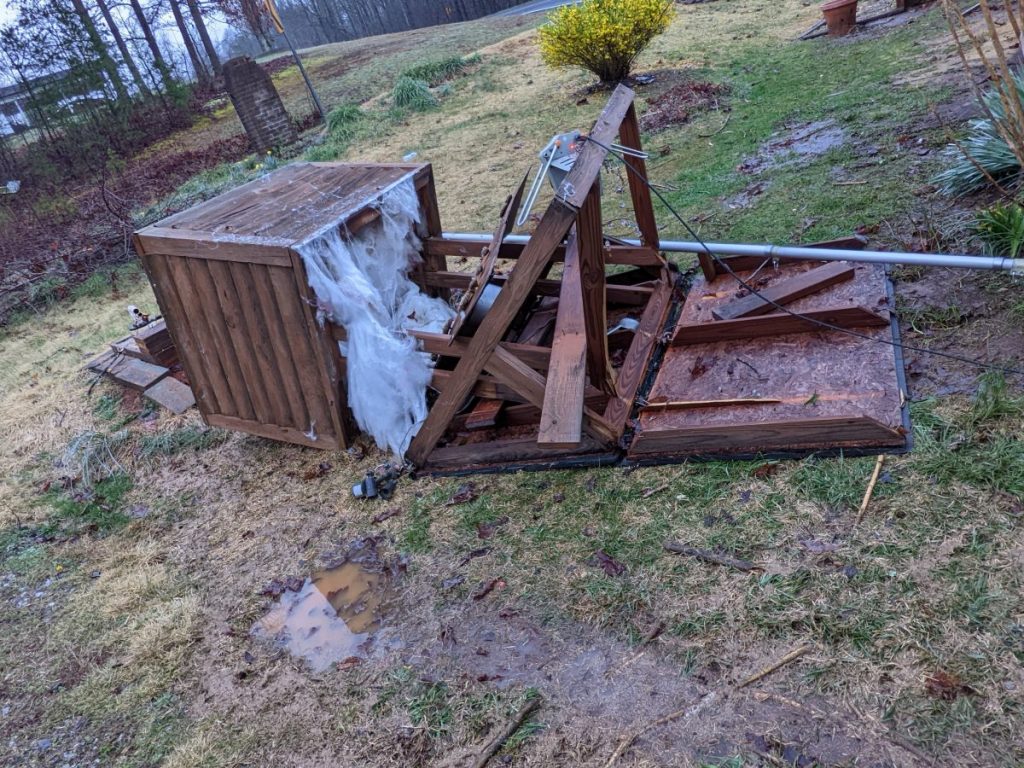 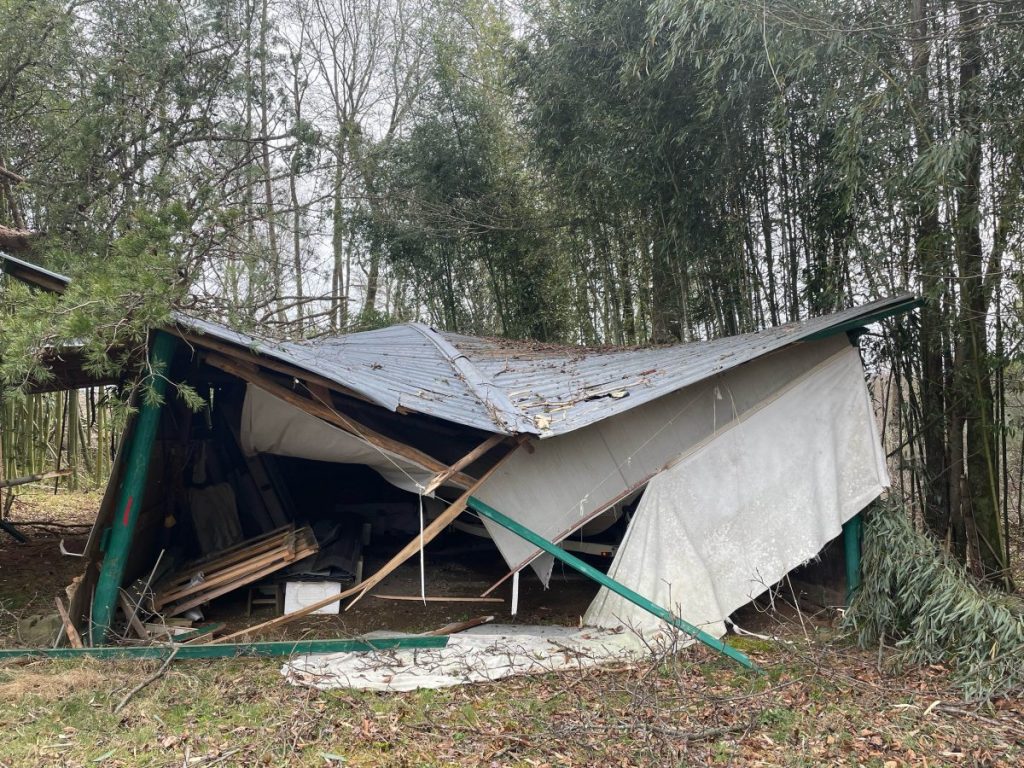 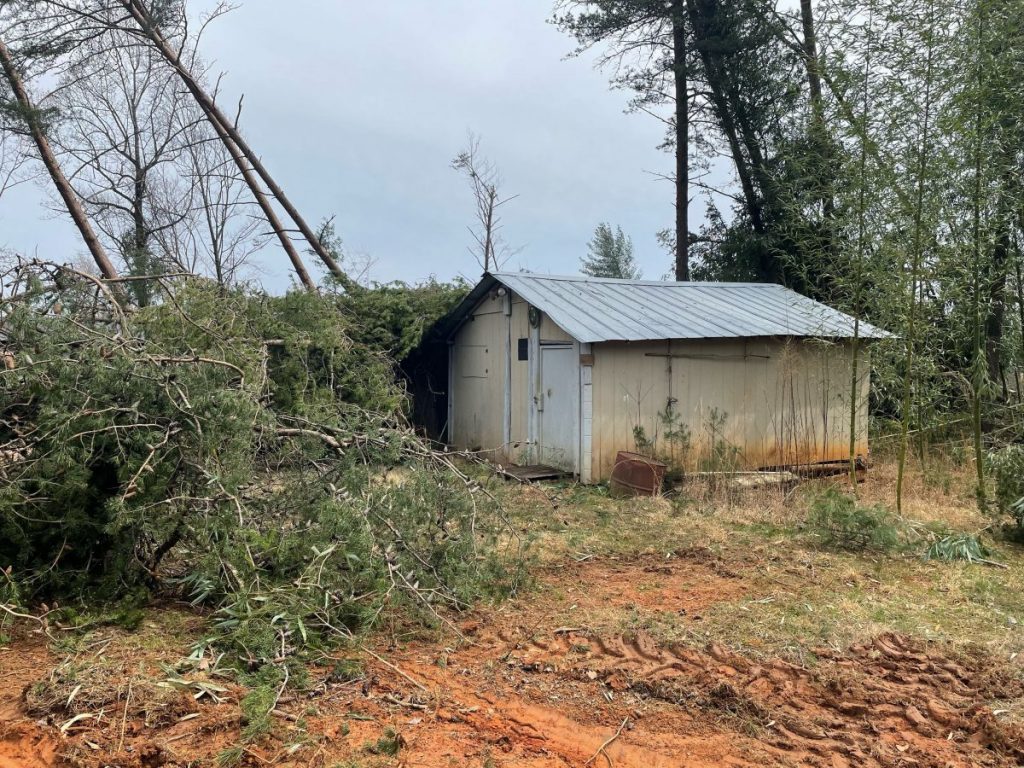 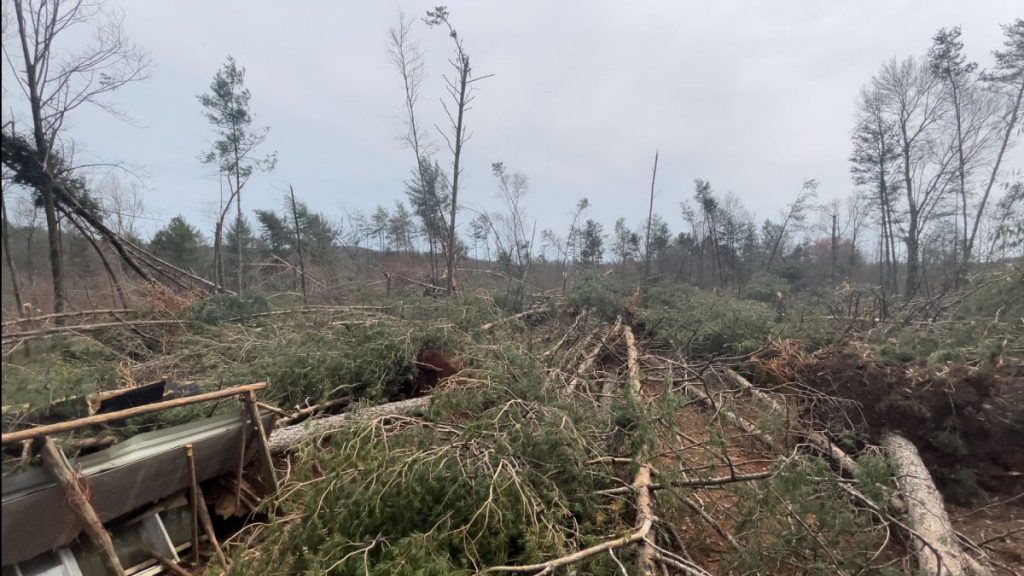 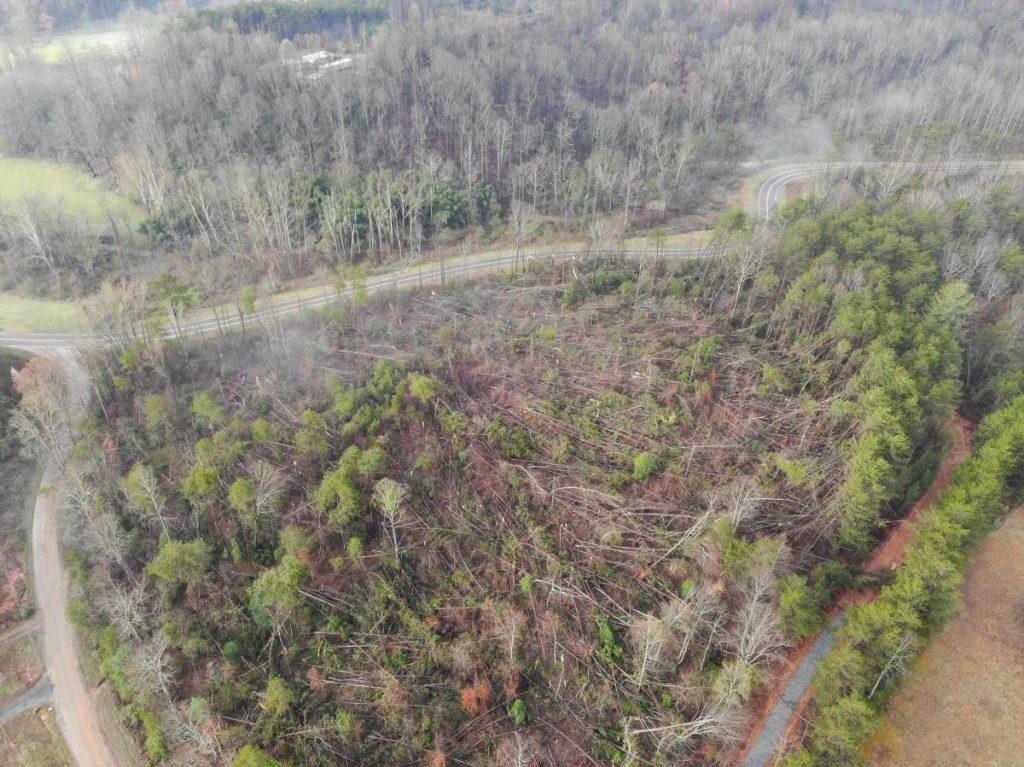 A number of trees were downed by the EF1 tornado next to Archie Mtn. Lane in northeast Alexander County. ACEM photo.