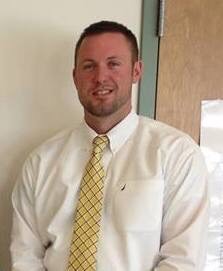 Gordon Palmer, principal at Alexander Central High School (ACHS), will serve as the assistant superintendent of high schools in Cabarrus County Schools beginning at the end of the school year.

“I’ve been honored to serve as principal and am proud of the work we accomplished together at ACHS the past four years,” stated Mr. Palmer.

“I would like to thank Dr. Hefner, the ACS Board of Education, and the community for providing me the opportunity to work with our great students and talented educators. The staff at ACHS is second to none,” continued Mr. Palmer. “This school is such a huge part of the community, and my children (Jackson, Reese, and Quinn) will continue to be Cougar fans long into the future. Although I am leaving, I am confident that ACHS will continue to ‘Bring their A-game’ in all their future endeavors!”