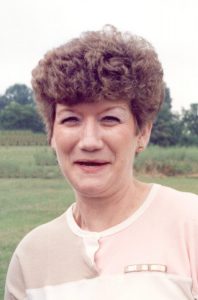 Martha Reid Mitchell, 75, of Stony Point, passed away on Friday, April 1, 2022, surrounded by family at Gordon Hospice House in Statesville.

She was born on May 16, 1946, in Iredell County, the daughter of the late William Paul Reid and Lorene Miller Reid.

Martha loved riding the Harley with her husband and a child’s laugh always made her smile. Her grandchildren were the light of her life.

In addition to her parents, she was preceded in death by brothers, William Lee Reid and Kenneth Wayne Reid, and a sister, Barbara Randall.

A gathering of family and friends will be held from 1 p.m. until 3 p.m., Saturday, April 9, 2022, at Adams Funeral Home Chapel.
Memorials may be made to St. Jude Children’s Hospital.

Adams Funeral Home and Cremation Services is honored to be serving the family of Martha Reid Mitchell.