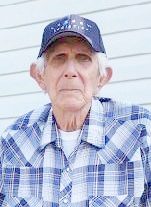 He was born August 17, 1929, in Alexander County, the son of the late Jay Lee Stine and Cordie Mays Stine.

He was a US Air Force veteran who served four years during the Korean Conflict as an aircraft mechanic and was of the Baptist faith. He was an avid woodworker, making checkerboards, lamps, and all types of musical instruments. He enjoyed gardening and had a green thumb. He loved his family very much and also enjoyed cooking and eating. His wish was that Patty would be taken care of.

Including his parents, he was preceded in death by a son, Jamie Stine; a sister, Elaine Hammer; and a brother, Rayford Stine.

No services are planned.

Adams Funeral Home and Cremation Services is honored to be serving the family of Connie Gilmore “Pop” Stine.