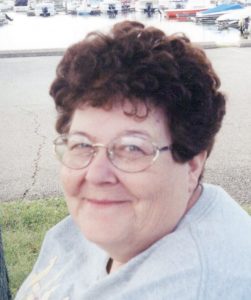 She was a loving homemaker and, later in life, she graduated from nursing school and became a nurse. She was a member of Life of Victory Church in Taylorsville and enjoyed crocheting and spending time with her children.

Including her parents, she was preceded in death by a great-grandchild.

Those left to cherish and honor her memories include her daughter, Terrie Mancini of California; her son, Jonathan Knapp (Kristi) of Alexander County; eight grandchildren; five great-grandchildren; and her brothers, Robert Knapp (Janice) and Edward Knapp (Lorrie), all of Ohio.

A Celebration of Life Service will be held at 3 p.m., Sunday, April 10, 2022, at Adams Funeral Home Chapel. Pastor Timothy Sipe and Pastor Darren Pennell will officiate.

Adams Funeral Home and Cremation Services is honored to be serving the family of Mary Theresa Wildwood.