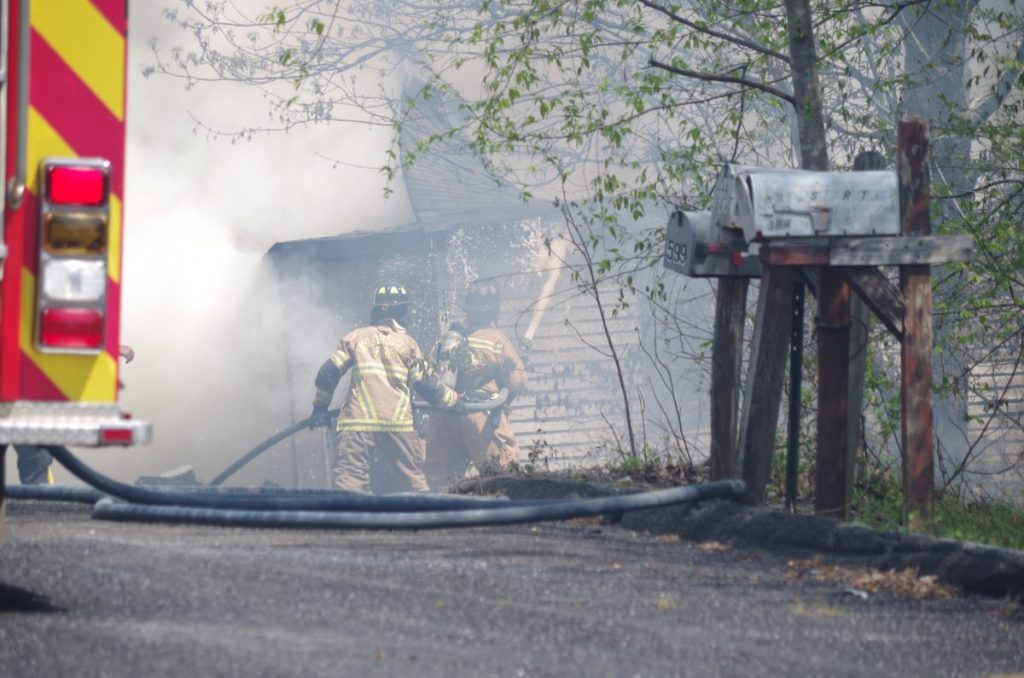 HOME CLAIMED BY FIRE — This vacant home at 444 Gus Pennell Lane in the Ellendale Community was ravaged by flames on Friday, April 15. The fire began at a neighbor’s garage at 360 Gus Pennell Lane, consumed the garage and contents, and winds spread the fire to nearby woods and this home. In all, 20 acres burned in the area, said Forest Service personnel.

Windy conditions, a lack of a nearby fire hydrant, and limited access made firefighting difficult in northwest Alexander County on Good Friday.

Firefighters on Friday afternoon, April 15, 2022, requested motorists to avoid Gus Pennell Lane in the Ellendale Community, due to two structures on fire and a brush fire there. Access room was limited for emergency vehicles.

Forest Ranger David Huffman noted that the fire scorched 20 acres in the area. He called in special resources to assist in fighting the fire.

“We utilized a NCFS dozer, NCFS helicopter, NCFS scout plane, plus some members of the Alexander strike team” to fight the fire, Huffman stated.

Ellendale Fire Chief David White said that two structures were involved in the fire. One was a garage building, with a restored Corvette inside and other collectibles at 360 Gus Pennell Lane. The other was a vacant home at 444 Gus Pennell Lane.

Wind carried the flames to the east through the woods.

White said that, unfortunately, one department lost a set of firefighter gear including a coat, helmet, radio, and flashlight, after the fireman set the items down to walk the hilly terrain. Wind carried the fire over that area and flames ruined the gear. 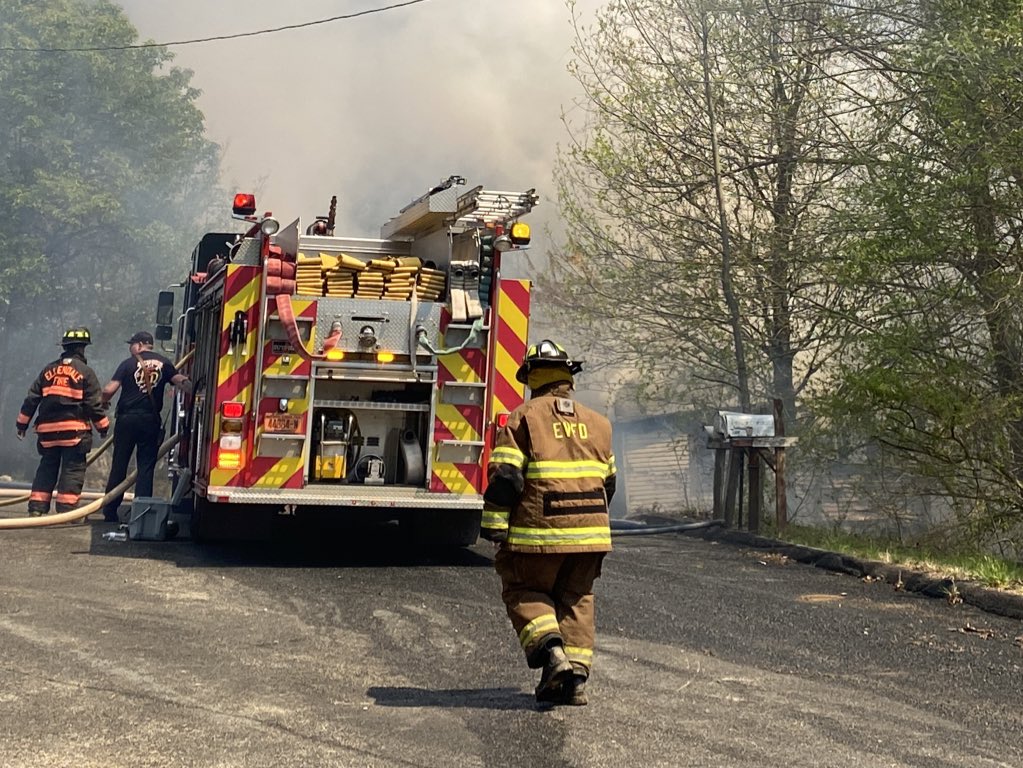