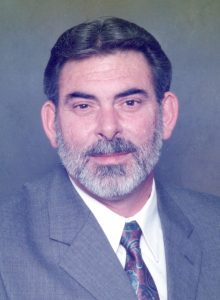 Tony was born August 17, 1951, in Alexander County, the son of the late Walter Parks Meadows and Annie Blondell Childers Meadows.

During his working career, he was employed in the furniture industry. He attended Hiddenite United Methodist Church. He obtained a 1st-degree black belt in American Style Tae Kwon Do, in which he was a skilled Karate instructor for 25 years. He enjoyed showing and riding horses and was an avid supporter of the NC Hwy. Patrol Caisson Unit.

Those left to cherish and honor his memory include his wife of almost 53 years, Carolyn Geerdes Meadows of the home; his daughters, Tonya Meadows Millsaps and Leslie Maria Meadows, both of Hiddenite; his grandson, Mason Rylee Millsaps; his sister, Glenda M. Barber (Michael) of Taylorsville; his brother, Ronald “Duard” Meadows (Judy) of Taylorsville; his sister-in-law, Judy Rose (Ron) of Florida; his nieces, Michelle and Amber; and his nephews, Ronnie, Kevin, Anthony, and Alex.

The funeral service will be held at 4:30 p.m., Friday, April 22, 2022, at Adams Funeral Home Chapel. Rev. Gregory Lee and Rev. Michael Barber will officiate. Burial will follow in the Hiddenite Cemetery. The family will receive friends from 2:30 p.m. until 4:30 p.m. prior to the service.

Memorials may be made to Alexander County Hospice or Hiddenite United Methodist Church.

Adams Funeral Home and Cremation Services is honored to be serving the family of Tony Lee Meadows.