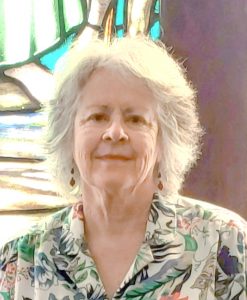 Margaret “Peggy” Pamela Meyer, March 7, 1947 – April 18, 2022, of Taylorsville, died peacefully the day after Easter, surrounded by the love and care of close friends following a brief battle with cancer.

She was born in Charlotte to George M. Meyer, Jr. and Margaret Hoover Meyer. She was preceded in death by her parents and her brother, George M. Meyer.

Baptized as an infant during her first Advent and Christmas season, Peggy’s faith grew and matured over her entire life. She was an active part of the church family and life of Taylorsville Presbyterian Church in recent years where she made her home in faith and practice.

Education and life-long learning were hallmarks of Peggy. From her days as a young student at Dilworth Elementary and Sedgefield Junior High Schools to her graduation from Myers Park High School, Peggy enjoyed schooling and fully immersed herself in those student bodies. She advanced her education by completing her Bachelor of Arts at UNC-Charlotte and then her Master of Public Affairs at NC State.

As a consummate reader and a student of the natural world, she trained as an herbalist later in life and gained much knowledge and education about flora and fauna in the NC mountains and foothills.

Peggy’s career spanned more than 30 years serving the State of NC as a Probation and Parole Officer. She loved her work and sought to make a positive difference in the lives of all she encountered. She received commendations for her outstanding work with drunk drivers. Her good work and life of service even led to her being awarded the Order of the Long Leaf Pine by NC Governor Mike Easley in May of 2004 at the luncheon celebrating her retirement.

Following her retirement, Peggy embraced the life of a shepherd. She raised a variety of animals on her farms in Ashe and Alexander Counties and took seriously her role as caretaker and shepherd for her flocks. This was a role, that for Peggy, was always rooted in her faith and spirituality. She loved the 23rd Psalm as well as the many other Biblical references to God as our shepherd. That calling followed her all the days of her life as she loved on and arranged surrogate shepherds for her critters when she became unable to physically tend them herself.

Among her many accomplishments and endeavors, Peggy served as President and founding member of the Charlotte Herb Guild and was a board member and Secretary of the NC Herb Association. She also maintained an active membership of the Central Carolina Poodle Club and was a long-time supporter of Carolina Poodle Rescue.

A Memorial Service will be held at Taylorsville Presbyterian Church on Sunday, May 1, 2022, at 4:30 p.m., Rev. Paul Sink, officiant. The service will be live-streamed on the Church’s Facebook and website pages.

Please do not send flowers, but memorials may be made to Taylorsville Presbyterian Church, PO Box 507, Taylorsville, NC 28681 or www.taylorsvillepresbyterian.org.