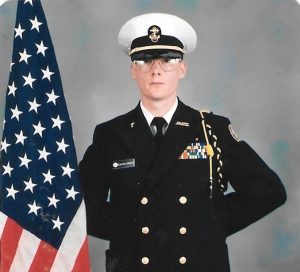 Vincent McKaye Blalock, 44, of Hiddenite, passed away on Tuesday, April 19, 2022, at Gordon’s Hospice House in Statesville.

Vincent was born and raised in Alexander County. He attended A.C.H.S. where he excelled in the Naval ROTC program. He honorably served his country in the United States Army and North Carolina National Guard and obtained the rank of Sergeant. In addition, he was also an NRA Firearms Instructor and worked in private security.

He loved his only son, Luke James McKaye Blalock.

Vincent had a very big and kind heart. He believed that laying down your life for others was the ultimate sign of love and humility. A few weeks before he passed, Vincent left a few final words for all saying, “Life is not lost, it’s just passed on.”

A Graveside Service with military honors will be held on Thursday, May 19, 2022, at 2:00 p.m., at Salisbury National Cemetery.

The Good Samaritan Funeral Home in Denver is assisting the Blalock Family.