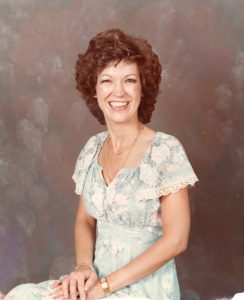 She was born February 10, 1946, in Iredell County, the daughter of the late Thomas David Miller and Gaynell Icenhour Darnstadt. She was of the Christian faith and loved to serve the Lord.

Including her parents, she was preceded in death by her husband, Roscoe Ciccone.

There will be a memorial service at a later date with family and friends.

Adams Funeral Home and Cremation Services is honored to be serving the family of Janet Gay Miller Ciccone.