NC State Senate District 36 Republican candidates were asked a two-part question by The Times. Their responses are shown below.

What do you believe are the top two issues facing our district and North Carolina, and what measures would you take to address them? 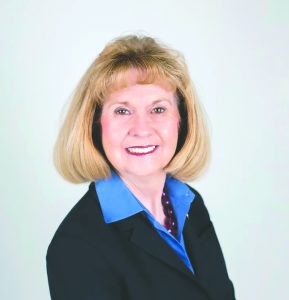 1. K-12 education in North Carolina is a major issue with more parents seeking alternatives to public education. We need to create a K-12 education system that meets the needs of parents and students. And of course, TEACHERS. Because of discipline issues, teachers and students should not go to school in fear for themselves because of a lack of discipline. We must demand accountability, discipline in the classrooms, parental involvement, and the use of common sense. I will work with The House Select Committee on an Education System for North Carolina’s future to expand what works and eliminate what doesn’t work. We need to get back to the basics of education “reading”, writing, and mathematics” and demand an end to “social engineering” and the indoctrination of our most precious resource, our children.

2. Our counties and the entire state are trying to figure out how to deal with issues associated with mental health and substance abuse. Access to care is a major hurdle for these individuals as overdose deaths have reached record numbers. In the recent opioid settlement agreement, North Carolina will receive $750 million over the course of 18 years most of which will go to the counties to help people and communities impacted by the overdose crisis. With specific guidelines for how each county can use its share of the money, I will push for careful monitoring and oversight of the State Health Department to make sure the guidelines are being followed and that the funds are being used for their intended purpose. 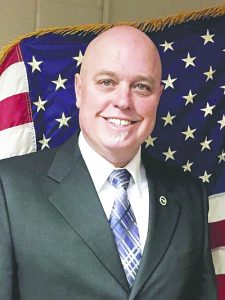 My number one concern is the indoctrination of our children in the educational setting in North Carolina. Critical Race Theory, Sexism, and Racism are being taught in North Carolina schools. This past week I saw an invitation sent to students in 1st – 6th grades to join a Satanic club in Guilford County, which is being taught by teachers. We have got to STOP these agendas and get back to Christian family values.

Required Voter ID is an extremely important issue and can be accomplished with a super majority in the NC House and NC Senate and 1 more seat on the NC Supreme Court. When we accomplish this, registered voters will regain confidence in our voting system. 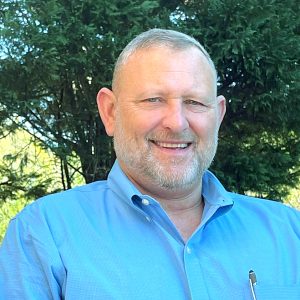 We did not receive Mr. Tate’s response to the top two issues by Tuesday, April 26. The following is taken from his Facebook page and earlier news reports:

“I was raised in a military family which gave me a variety of life experiences and a broader perspective on the world. As a State Trooper, I was able to see all sides of life while protecting the public. Having learned teamwork through all my life experiences, I know that being able to accomplish anything in the legislature requires working together, which my career has proven that I’m more than capable of handling,” Tate said. 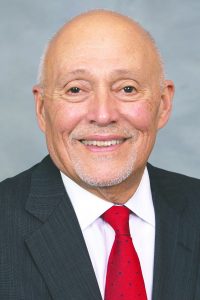 Issues facing our district and the state:

Election integrity is a big issue in our district. It’s a significant issue; if citizens don’t respect our elections, they certainly won’t respect our government or elected officials.

Of course, that’s why the Russians (and possibly others) want to interfere. Therefore, we must be careful to use voting machinery made in the USA; not connected to the internet; and not subject to electronic or mechanical manipulation. We have tried to do all that in current legislation.

Another vital issue is education. Our current statewide supervisory system is set up to fail. By the terms of our Constitution, the State Board of Education “supervises and administers the free public schools.” These Board members are appointed by the Governor for 8-year terms. The Superintendent of Public Instruction, who is elected by the people in a statewide election for a 4-year term, is just secretary to the Board and the chief administrative officer. That means the State Board controls the Superintendent. Do you see the problem?