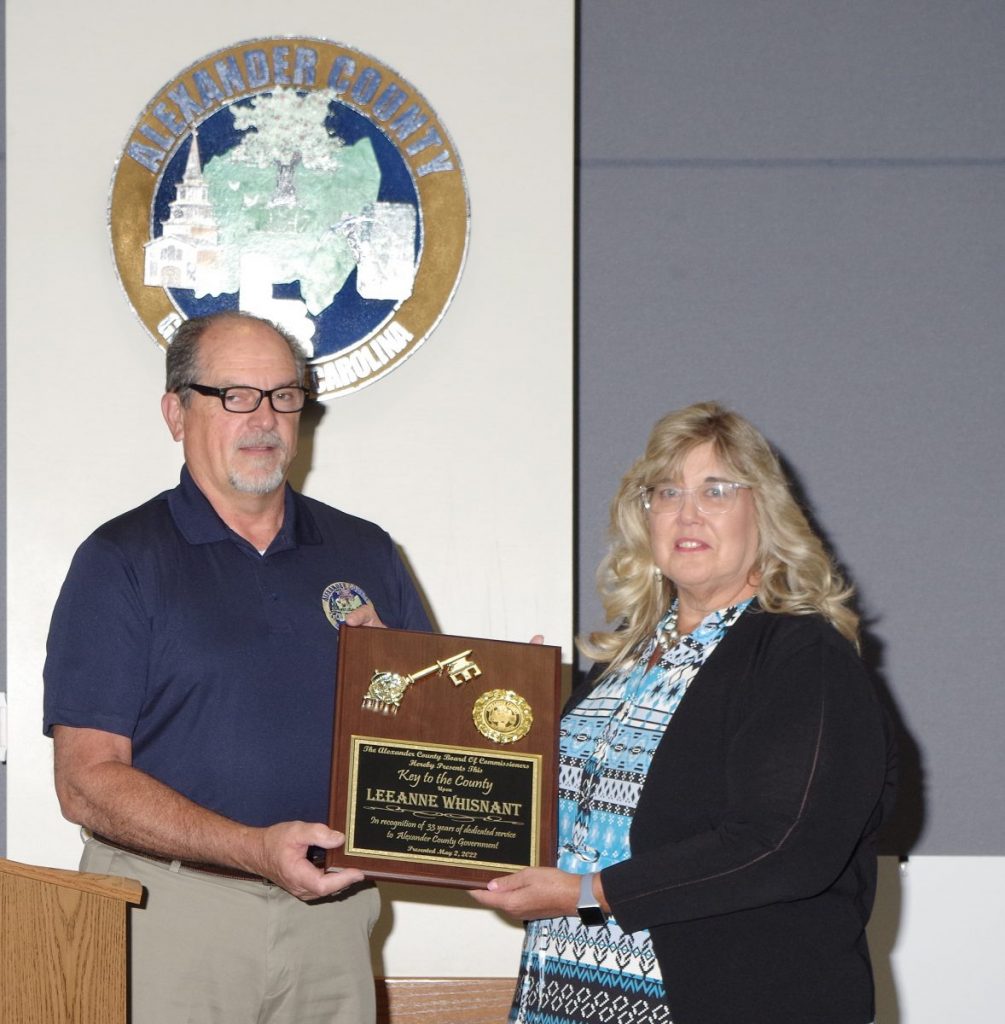 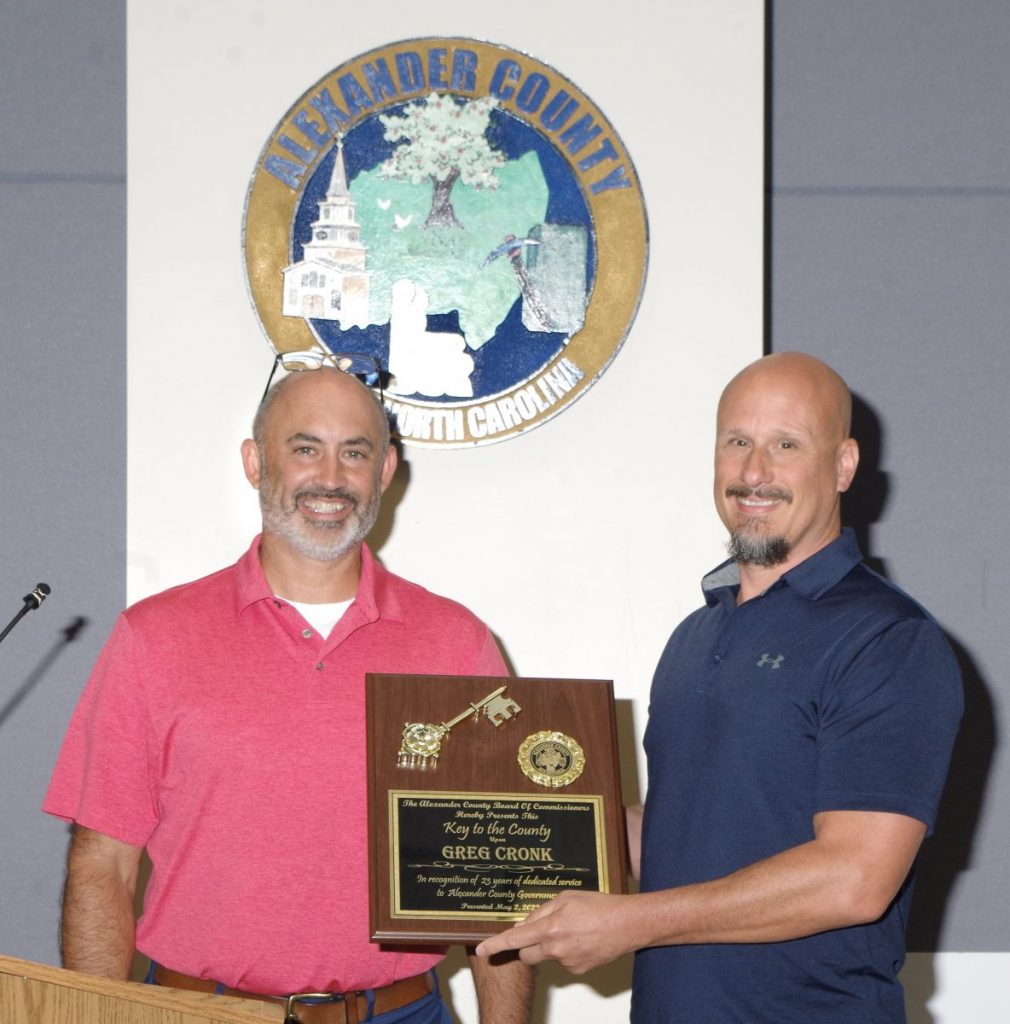 Two long-time employees of Alexander County Government were presented Keys to the County at the May 2, 2022, meeting of the Alexander County Board of Commissioners, according to a county news release. Leeanne Whisnant, former Consolidated Human Services Director, and Greg Cronk, former Information Technology Director, were recognized for their dedicated service to the county and their recent retirement.

The first Key to the County was presented to Leeanne Whisnant by Chairman Ronnie Reese. She started working at the health department on March 27, 1989, as a Public Health Nurse, became Director of Nursing on November 3, 1993, and was promoted to Health Director on February 2, 2001. Whisnant became the county’s first Consolidated Human Services Director on July 1, 2019.

“Leeanne has been a truly valuable employee who performed her duties with passion,” said Chairman Reese. “You will be greatly missed, but after 33 years of service, retirement will be really good for you. You’ve been a great servant to the citizens of Alexander County.”

Whisnant said, “Thanks to each of you [commissioners] for your faith in me. It has been a wonderful career in which I have worked alongside a lot of friends. Alexander County is a wonderful county.”

Vice Chairman Marty Pennell presented the second Key to the County to Greg Cronk, who was hired in 1999 and was the only county IT employee for three months. The department now has eight staff members. When Cronk started the job, there were only 60 computers and four servers, while there are now more than 400 computers and 65 servers, which is evidence of how much technology has grown during his years of service. Cronk has overseen numerous large IT projects and was involved in efforts to expand broadband in the county.

“Greg has been a tremendous asset to Alexander County as he ran the IT department efficiently while keeping our network secure,” said Vice Chairman Pennell. “We will certainly miss you, but know that we truly appreciate your years of dedicated service. We wish you the best on your retirement.”

Cronk said, “It’s been a pleasure to serve Alexander County for 23 years. I would like to thank this board and previous boards as I’ve never had a board that didn’t support technology. I would also like to thank my employees who have helped me succeed. They are highly talented and skilled. I appreciate the opportunity to serve in such a rewarding career here in Alexander County.”

• Commissioners approved the sale of approximately three acres of land located on Liberty Lane. David Moose, Compliance & Procurement Specialist, said the board approved a resolution to sell the property. Two sealed bids were received, with the high bidder being Joey Thompson, who lives on Liberty Lane. His bid was $21,559. Commissioners voted unanimously to accept the bid and sell the property to Mr. Thompson.

• In the County Manager’s Report, Mr. French said that he and staff continue to work on the fiscal year 2022-2023 proposed budget and will have a copy for commissioners to review in the near future. A work session will be planned to discuss the proposed budget, if needed.