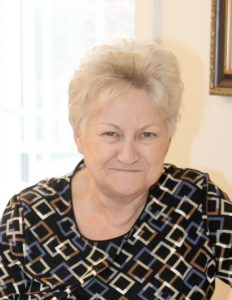 Sylvia Rash Rector, 77, of Hiddenite, formerly of Stony Point, went home to be with Jesus on Sunday, May 15, 2022, at Carolina Caring Catawba Valley Hospice House following an extended illness.

She was born April 13, 1945, to the late Mack Leonard and Augusta Caskaddon Rash. On December 23, 1961, she married Johnny Eugene Rector who preceded her in death in 2010 after over 48 years of marriage.

She was a retired co-owner of Rector’s Concrete Finishing Company and was a member of Victory Baptist Church in Statesville. Mrs. Rector enjoyed keeping a flower garden, going to the mountains, collecting rocks, and, most of all, taking care of her grandchildren.
In addition to her parents and husband, she was preceded in death by a daughter, Robin Rector Wilson, and a sister, Polly Rash Windham.

Condolences may be sent to the family at www.alexfuneralservice.com.

Alexander Funeral Service has been entrusted with arrangements.