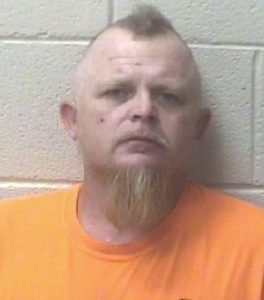 On Friday, May 13, 2022, Alexander County Sheriff’s Office received information that a sexual assault had occurred at a residence in the Ellendale Community of Alexander County.

The sexual assault occurred in the morning hours of May 13 and involved a juvenile female. Officers and detectives responded to the residence, where the suspect was located and detained. A search warrant was executed at the residence. The suspect, Randall David Mitchell, was interviewed and placed under arrest at the scene.

Randall David Mitchell, W/M, age 45 of Taylorsville, was charged with Second Degree Rape. He was transported to the Alexander County Detention Center, where he was placed under a $1,000,000 secured bond with a first appearance date of Monday, May 16, 2022, in Alexander County District Court.