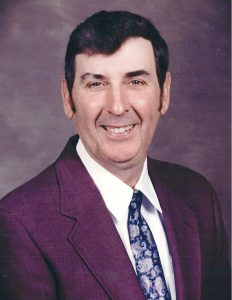 He was born May 21, 1939, in Caldwell County, to the late Arthur and Dolly Johnson. During his working career, he was a co-owner of Johnson’s Milling and Feed Inc.

Mr. Johnson was a member of Dudley Shoals Baptist Church. He also served on the B.R.I.C.K. Missions Team, helping brick many churches. Ross was a family-oriented man that was always willing to lend a helping hand to someone in need.

Along with his parents, he was preceded in death by three brothers, Frank Johnson, Sam Johnson, and Harry Johnson; and four sisters, Christine Hollar, Margret Holsclaw, Dorothy Caldwell, and Millie Johnson.