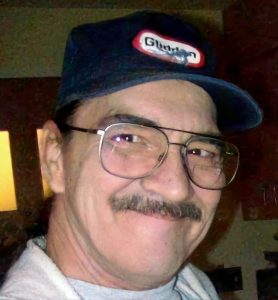 On the afternoon of May 30, 2022, Donnie Howard Thompson left this world for his heavenly home. Donnie was born in Thomasville, NC, on April 14, 1959, to Ann Coggins and the late Howard Thompson.

He was preceded in death by his two sisters, Patricia Taylor and Norma-Jean Thompson.

He is survived by his mother, Ann, and sisters Debra Johnson and Betty Thompson.

During his life time, he spent his working career as a master builder and carpenter. In February of 1984, he married his loving wife, Leslie Thompson. They raised five children and embraced two young ladies as their own.

Donnie was a loving husband, father, and paw-paw. Those left to cherish his memory include his wife, Leslie; daughters Stephanie Dinsmore (Bo), Chrissy Cooper (Shawn), Brandy Sharpe (Levi), Tiffany Dunn (Chuck), Jessica Patterson, Erin Gordon, and son, Matthew Thompson (Anna). Among all of their children, Donnie was blessed with 20 grandchildren who loved their pawpaw dearly.