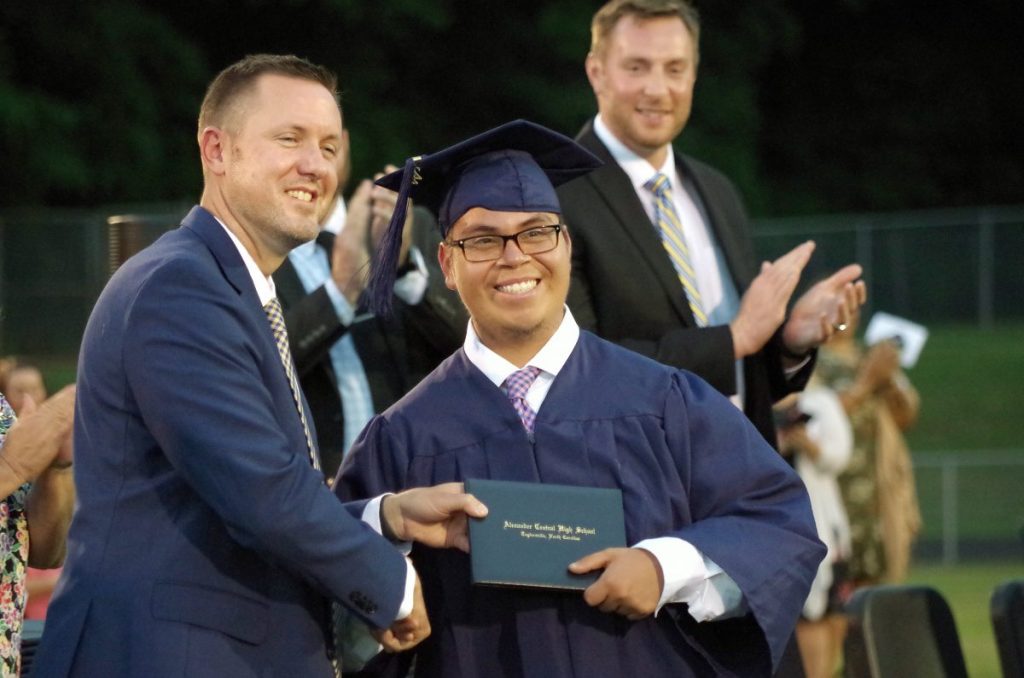 The 2022 Alexander Central High School Commencement was held on Friday, May 27, at the school’s Cougar Stadium.

A total of 228 graduates’ names were listed in the 2022 Commencement program.

An invocation and welcome were said by senior Elijah Peal, with introduction of stage guests by Beta Club Co-President Sara Beth Inman.

Special music, including the alma mater song, was sung by senior chorus members.

Senior Evan Presnell gave the benediction after diplomas were awarded. Closing remarks, due to rain beginning to fall, were kept short by Lail and Palmer.

Rain began in earnest at the end of the ceremony, which caused most attendees to quickly exit the stadium. 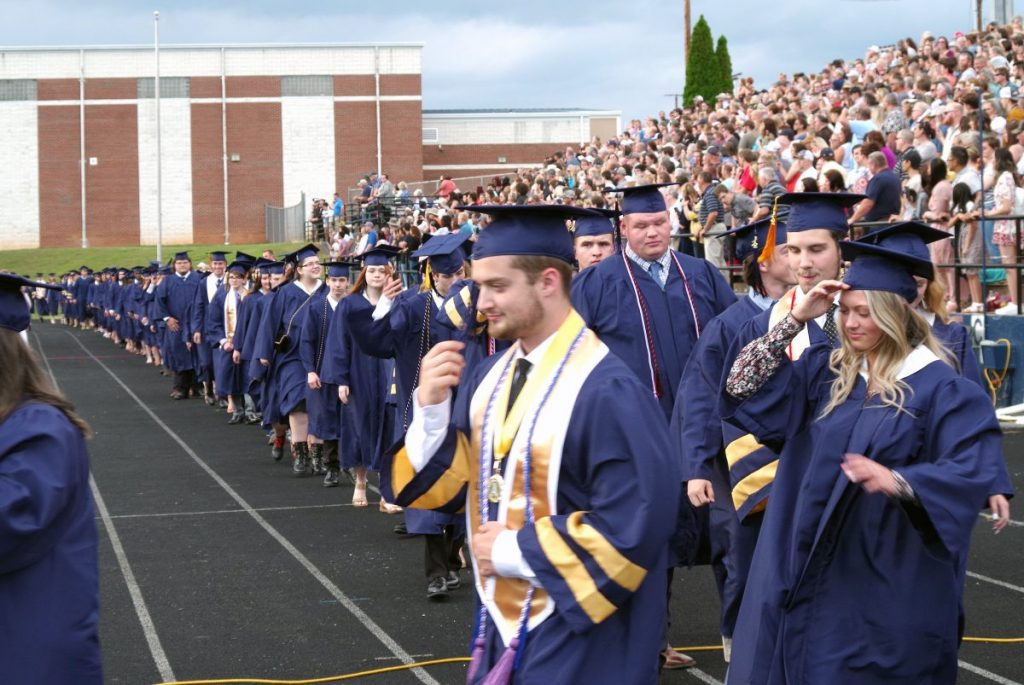 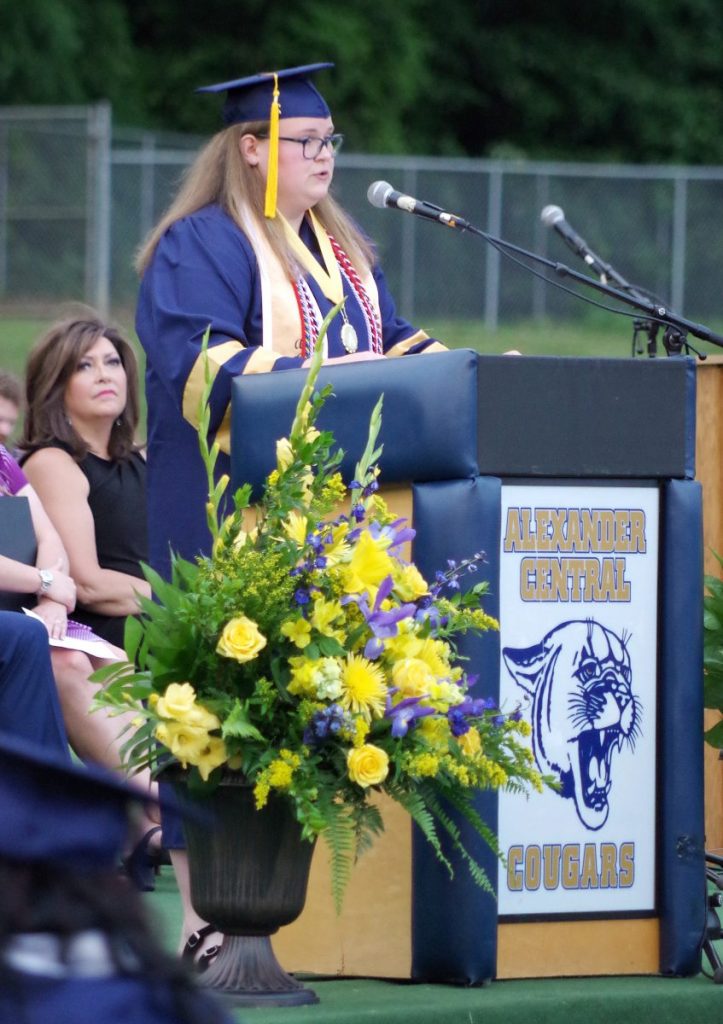 Senior Sarah Beth Inman gives the graduation address to her classmates May 27 at the 2022 ACHS Commencement as Superintendent Dr. Jennifer Hefner looks on. 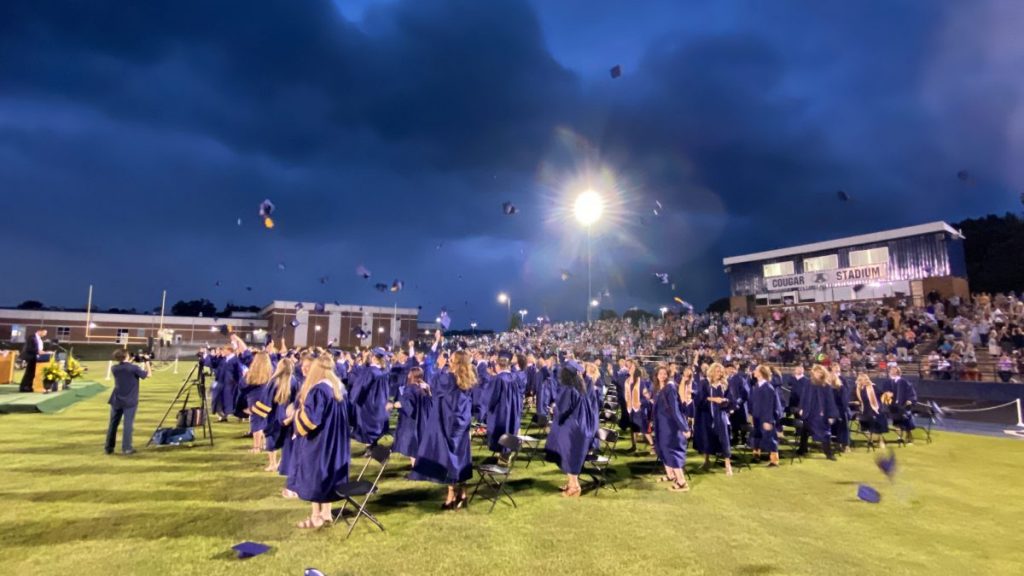 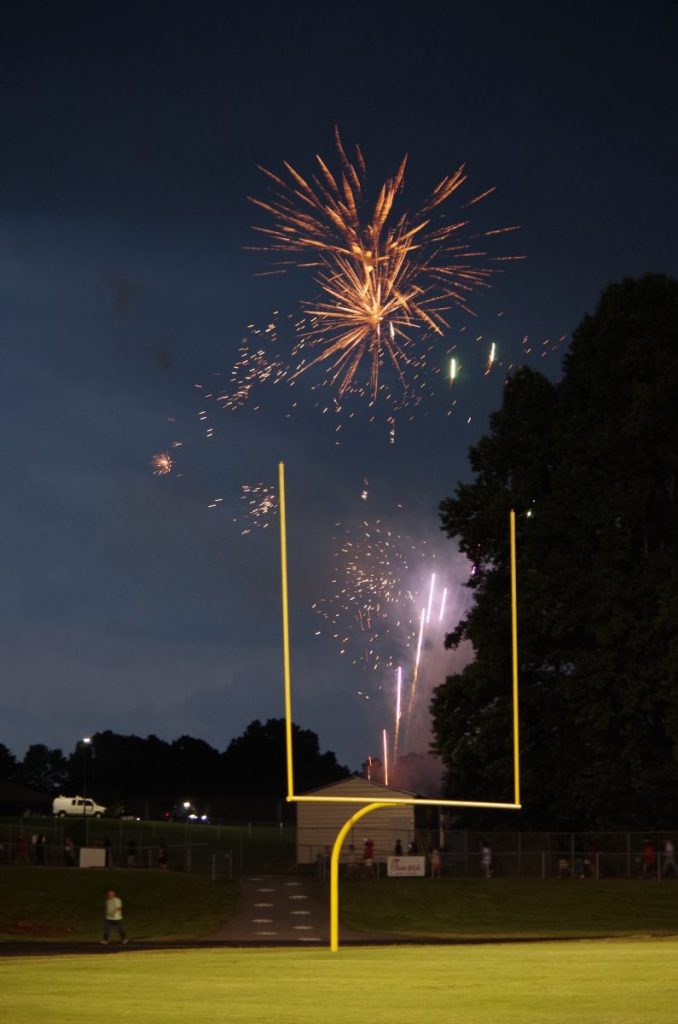 Fireworks lit up the sky as graduates exited Cougar Stadium on May 27, 2022.