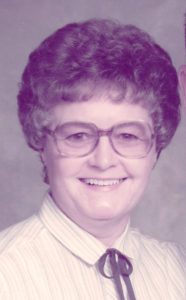 She was born on December 7, 1933, in Gaston County, to Adam Dillard and Foy Lee Shook Stewart. Mrs. Bolick worked in the furniture industry and was a homemaker.

In addition to her parents, she was preceded in death by a brother, Pete Stewart, and a sister, Hazel Poole.