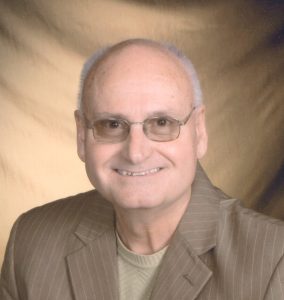 Blake was born June 17, 1944, the son of the late Turner Ray Rogers and Nellie Russell Rogers.

He was a graduate of Stony Point High School in 1962 and served in the US Army in service of his country. He was a deacon for a number of years at Stony Point Baptist Church and was an active deacon and member of Fairview Baptist Church in Statesville, where he attended until his illness. He was a gentle, Godly man, who loved all!

In addition to his parents, he was preceded in death by a son, Anothy Blake Rogers; a brother, Kent Rogers; a sister, Shirley Rogers; a niece, Sally Rogers; and a nephew, John Paul Smith.

The funeral service will be held at Noon, Thursday, June 23, 2022, at Fairview Baptist Church, Hwy 21 in Statesville. Dr. Scott Eanes will officiate. Burial will follow in the Stony Point Baptist Church Cemetery with full military honors accorded by Alexander County Veterans Honor Guard. The family will receive friends from 11 a.m. until Noon, prior to the service.

Memorials may be made to the Benevolence Fund of Fairview Baptist Church in Statesville.

Adams Funeral Home and Cremation Services is honored to be serving the family of Turner Blake Rogers.