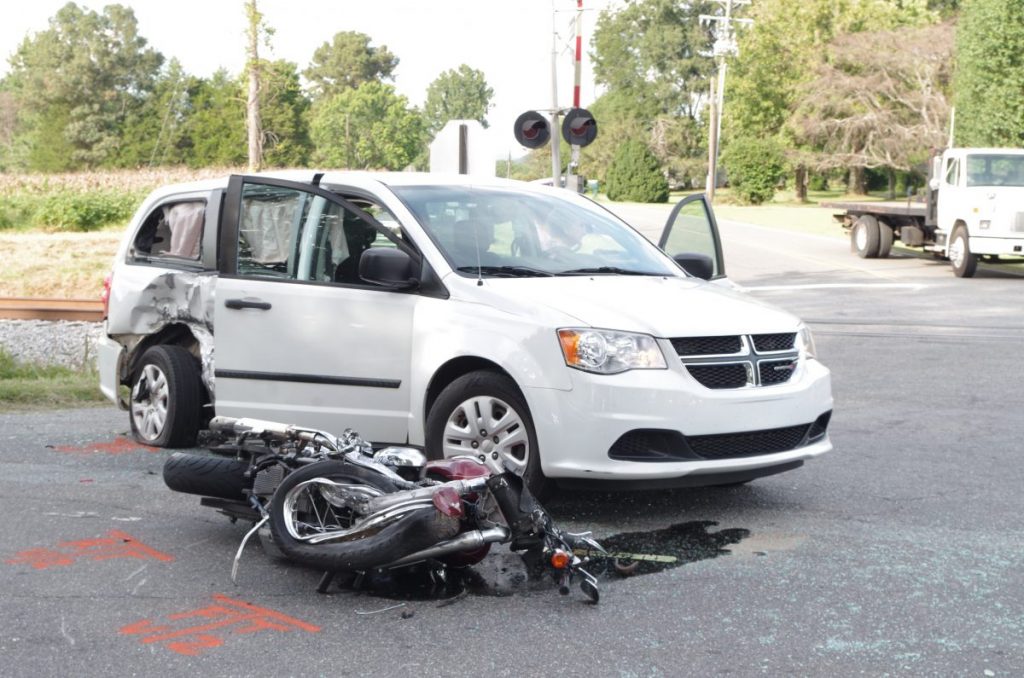 COLLISION CLAIMS LIFE OF MOTORCYCLIST — A crash involving a motorcycle and two other vehicles in eastern Alexander County resulted in fatal injuries to the motorcyclist on Friday, September 9. The incident occurred on NC 90 East at the intersection with Cheatham Ford Road, shown above. (Times photo.)

On Friday, September 9, at approximately 4:05 p.m., the N.C. State Highway Patrol responded to and investigated a fatal collision in Alexander County on NC 90 at the intersection of Cheatham Ford Road, according to Master Trooper Jeffrey S. Swagger.

A 2014 Dodge Caravan was traveling east on NC 90, attempted to turn left onto Cheatham Ford Road, failed to yield the right of way, and collided with a westbound 2009 Harley-Davidson motorcycle. The van then collided with another vehicle which was stopped for traffic. Swagger did not release details on the third vehicle.

The driver of the van, Ruth Lackey, 93, of Hiddenite, was not injured. A passenger in the van received minor injuries and was transported by EMS to a local hospital.

NC 90 was closed in the area for approximately two and a half hours during the on-scene investigation.