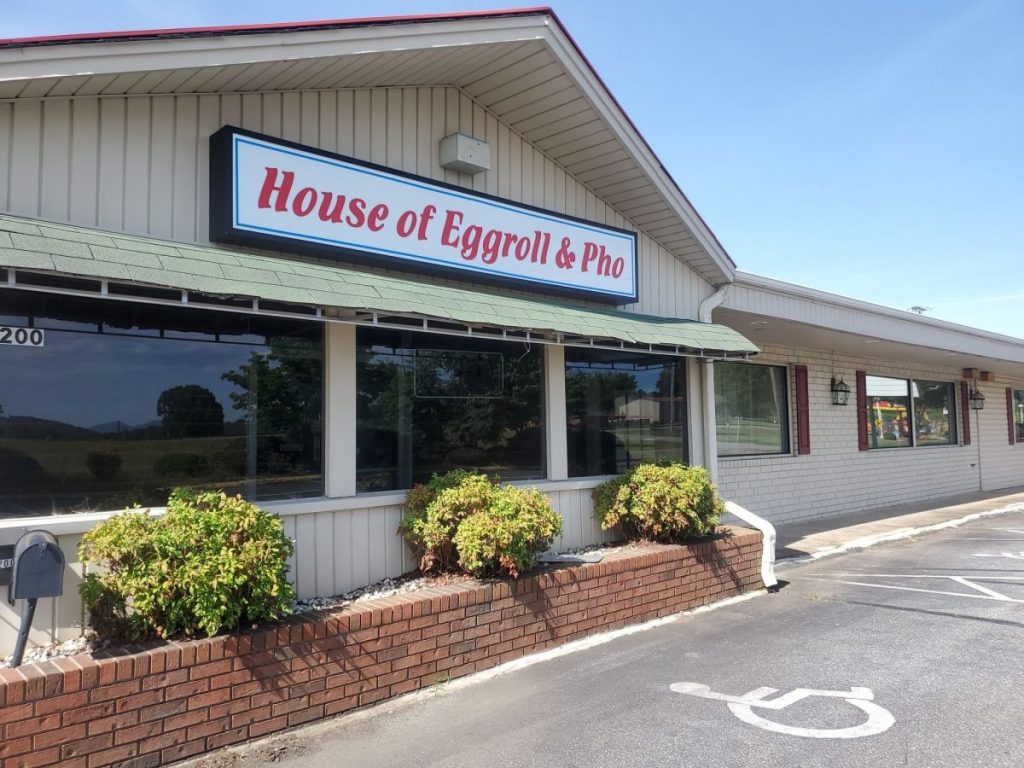 The House of Eggroll & Pho invites the public to its grand opening on Friday, October 7, 2022. A ribbon-cutting ceremony is planned for 10:30 a.m. that day to officially welcome the restaurant to Alexander County. House of Egg Roll & Pho is located at 1200 NC Highway 90 East in Taylorsville.

House of Egg Roll & Pho is an Asian restaurant offering a menu of great variety. Service options are dine-in or take-out, and they have a convenient drive-thru window. No delivery is available.

Owners Mai Lee and Xai Lee Vang acquired the property in June of 2021. Since then, they have worked with crews to renovate the building which was formerly occupied by Harry Gant Steakhouse.

Since they opened and began serving, the community has welcomed them with rave reviews, receiving 4.8/5-star ratings on Facebook (www.facebook.com/itsHOEP).

“House of Egg Roll and Pho is happy to be open, and we welcome everyone,” said Mai Lee. “We are excited to introduce to Alexander County a fusion of Thai, Vietnamese, and Hmong food. We wanted to bring this type of cuisine into the county so people may enjoy the differences in the flavors from the usual Chinese and Japanese cuisine. We want to say thank you to the Alexander County community by bringing everyone a new range of delicacies of Asian cuisine.”

Mai Lee and Xai Lee Vang have lived in Alexander County for more than 20 years. All nine of their children attended Hiddenite Elementary School all the way through Alexander Central High School (ACHS) and Alexander Early College (AEC). Their four oldest children are now in college: two in graduate school and two attending Lenoir-Rhyne University. Two boys are currently at AEC, one girl at ACHS, and the youngest two are in middle school at East.