Honoring comrades who died by helping to read their names aloud

For David White, age 73 of the Ellendale Community, Vietnam isn’t some far off place on the other side of the globe. It’s where he served in the Army, where he answered his country’s call, and where he lost his best friend from school. And last week, David journeyed with his wife, Peggy, to Washington, D.C., to be part of the Vietnam Veterans Memorial 40th Anniversary Commemorative Program. 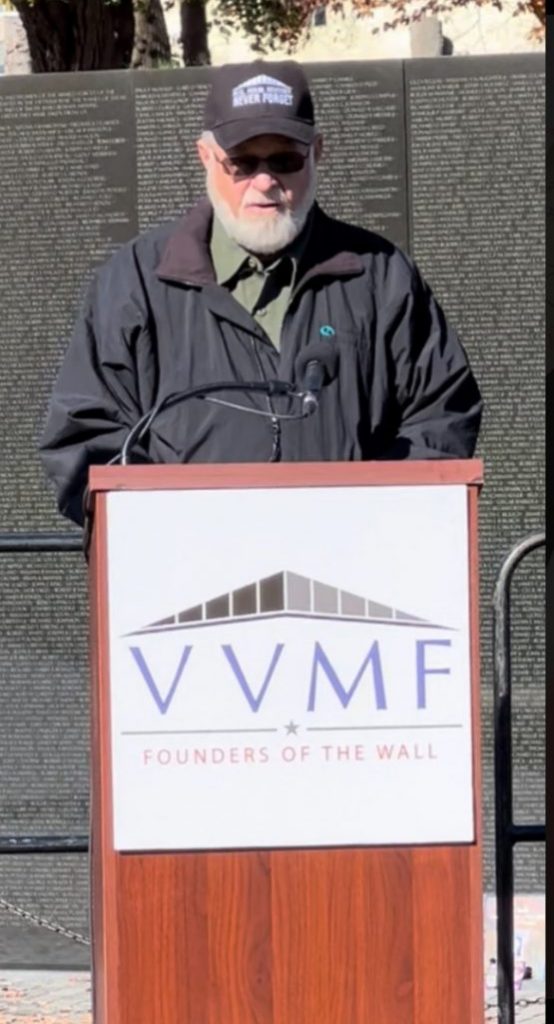 IN D.C. — Vietnam veteran David White, above, traveled to Washington, D.C., to help read aloud a portion of the names on the Vietnam Memorial Wall of those killed in action. He was able to read the name of his Caldwell County friend, Gene C. Reid. Also shown are the seven Alexander County men who died in Vietnam.

His friend, the late Gene C. Reid who, like David, grew up in the Oak Hill Community of eastern Caldwell County, is one of the 58,281 killed in the Vietnam War. Gene’s name appears on the Memorial Wall, which spans nearly 500 feet in the nation’s capital. 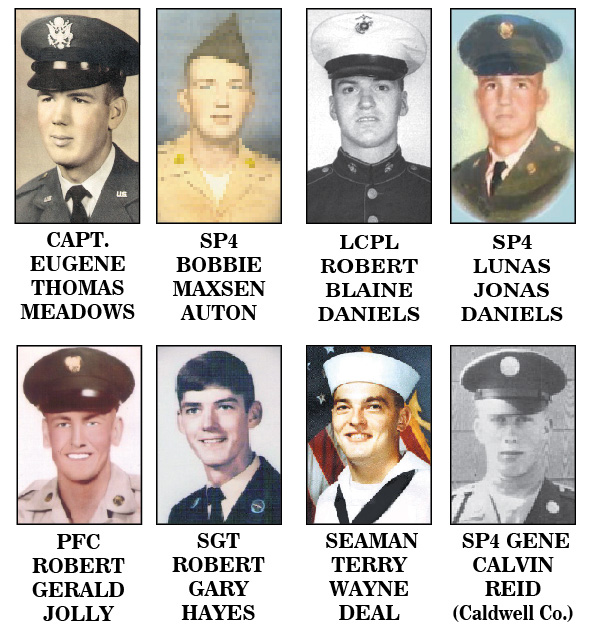 David, who also serves as the Ellendale Fire Chief, said names on the wall are listed in order of the date of death of the service member. The average age of service members on the Wall is 23 years, 1 month. David served with the Army’s 1st Aviation Brigade, Helicopter Company, in Can Tho, South Vietnam.

Last week, to commemorate the 40th anniversary of the wall being completed, the Vietnam Veterans Memorial Fund sponsored a week-long event which included people taking turns to read aloud the name of each service member who died in the war. David noted the reading began at 5 a.m. Monday, Nov. 7, and ran until midnight. The reading continued each day through Thursday evening until all names were read aloud. He had agreed to read two thirty-name blocks, including his friend, Gene, but ended up reading four blocks of names for a total of 121 names at different times during the week.

“It’s so overwhelming when you see all the names and you realize, each name has a story and a family who was affected,” he said.

It was just recently announced that a photo of each of the 58,281 service members has been located and posted online at the Fund’s website, vvmf.org, on the Wall of Faces.

While David and Peggy were in D.C., they were able to visit two of the Smithsonian Institution’s facilities and see other landmarks there.

When asked what the most important thing about his visit to the Vietnam Memorial, David said, “Never forget. Never forget our veterans.” 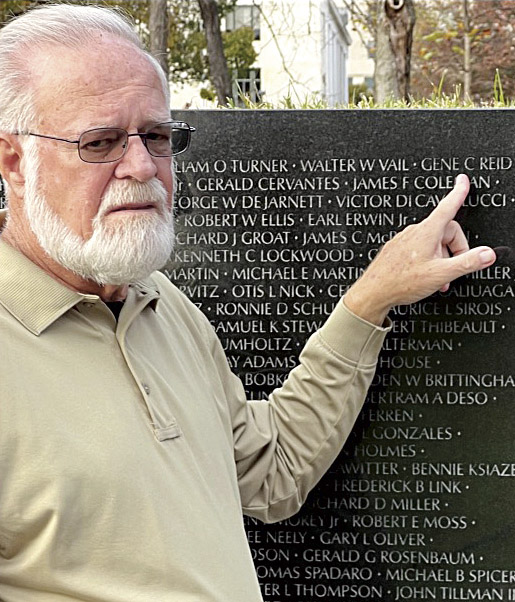 FINDING GENE’S NAME ON THE WALL — Above, Vietnam veteran David White found the name of his late friend, SP4 Gene C. Reid, on the Vietnam Veterans Memorial in Washington.