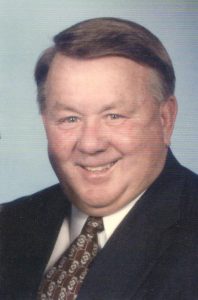 Johnny White Adams, 82, of Hiddenite, passed away on Wednesday, November 23, 2022, at his home after an extended illness.

Johnny was born on August 20, 1940, in Iredell County, to the late James Paul Adams and Eloise White Adams. He graduated from Hiddenite High School and went to work for Public Gas Service in Statesville as a welder. He later went to work for Mountaire Chicken Farms as a Poultry Service Technician. He was a member of Hiddenite Fire Department, where he was on the Board of Directors. He was a member of Fairview Baptist Church, where he served as Co-Head Usher for many years.

In addition to his parents, he was preceded in death by his grandparents, Tom and Ruby Adams and Bob and Augusta White.

Those left to cherish his memory include his wife of 63 years, Noreta Russell Adams of the home; his son, Dale Adams and wife Fonda of Hiddenite; two grandsons, Jared Adams and Logan Adams; two sisters, Becky Gardner and Paulette “Sissy” Hefner and husband Jerry, all of Taylorsville; two nephews, Jeremy Hefner and Chris Jenkins; and two nieces, Jenna Buff and Cindy Killian.

The family will receive friends from 2 p.m. until 2:45 p.m., Sunday, November 27, 2022, at Fairview Baptist Church with the funeral service to follow at 3 p.m. Rev. Durant Barr and Rev. Henry Cook will officiate. Burial will follow in the church cemetery. The body will lie in state from 10 a.m. until 2 p.m., Saturday, November 26, 2022, in the Adams Funeral Home Chapel.

The family would like to express a special thanks to Johnny’s caregivers, Margie Crump, Sheri Farley, Betty Sensing, Elizabeth Sensing, and Debbie Presnell, and special hospice workers, Jessica Ball and Tonya Mays.

Adams Funeral Home and Cremation Services is honored to be serving the family of Johnny White Adams.