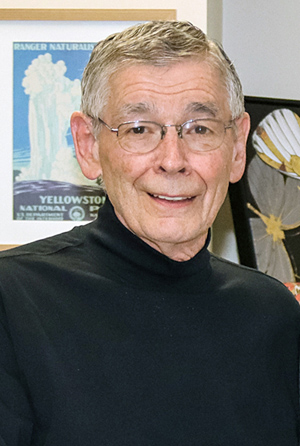 Mr. Sharpe, owner/publisher of The Taylorsville Times newspaper, has served the Alexander County community for decades having written thousands of articles and columns, serving on dozens of county improvement projects, chronicling county history through the newspaper and history books, and much more. He currently serves as a member of the Alexander County Historic Preservation Committee.

Mr. Sharpe was born on April 9, 1942, to Conway and Irene Hendren Sharpe. He celebrated his 80th birthday this year. A graduate of Hiddenite High School and Lenoir-Rhyne College, he married the former Jane Fox in 1964. Lee is pleased to spend time with his two sons, Wesley and John, and two grandchildren, Evan and Taylor.

The local newspaper recently celebrated its 100th anniversary, lately under Mr. Sharpe’s leadership as he became managing editor at age 22 after graduating from college.

“Lee has done so much for our community, it is our honor to name him the Grand Marshal of this year’s parade,” said Dwaine Coley, parade coordinator. “His personal and professional accolades are second to none. He is such a wonderful person and a community servant who has worked tirelessly for the betterment of Alexander County for many years.”

Learn more about this year’s parade at https://alexandercountync.gov/parade.

Persons who have waited until the last minute to register and enter the parade, may be out of luck. The parade is being limited to 200 entries this year, and the number as of Tuesday, November 21, is nearing the maximum. If you are interested in participating contact the parade at www.alexanderchristmasparade.com for more questions, details and information. Entry forms can be downloaded at www.alexandercountync.gov/parade.